The idea of a regular VDF

IFP Editorial: Since its inception, VDF is talked about more for its notoriety than service to the people and the state. 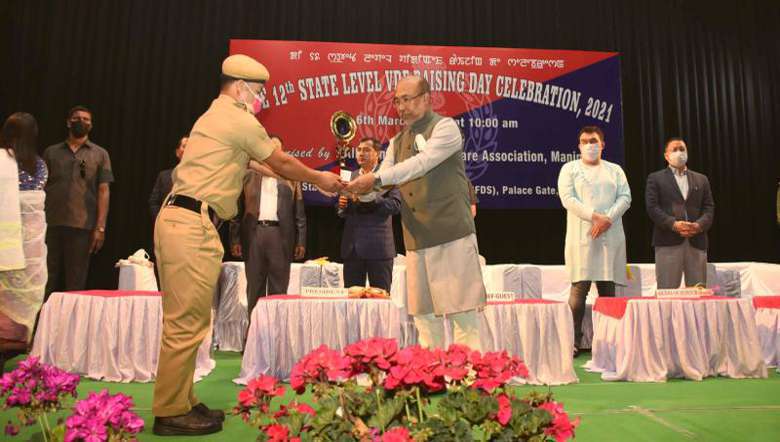 Recently, the All Manipur VDF Welfare Association demanded regularisation of their services by framing rules and regulations in similar lines with the Police Manual Act by paying 75 per cent pay which is given to police constables as honorarium. The association also talks about 13 months’ pay and a separate formation on the lines of a battalion where discipline is maintained among the personnel by deputing rank and file as per seniority in a similar fashion to that of personnel in Manipur police. This is a typical case of if you are able to squeeze in and find a space to stand and sit you will find a space to sleep in. It was not long ago that their remuneration was enhanced from Rs 3,570 to Rs 10,500 by the state government. Now, the VDFs want regularisation of their services. As we opined before in this column, one needs to revisit the original purpose of raising the force in 2009 and also assess the outcomes originally conceived, while considering any enhancement in remuneration or service condition. More importantly, do we still need the VDF?

In 2008 March 24, some insurgents had indiscriminately opened fire at a Heirok Thabal chongba, in which some villagers were fatally injured while a girl lost her eyesight. Villagers particularly the youth asked the government to provide arms to protect themselves from the insurgents. In response, the State Government recruited youths of the Heirok villagers as Special Police Officers (SPO). They were given arms and also paid Rs 3,000 as allowance for their services. Later, the Director General of Police (DGP) notified the recruitment of 1,550 VDF personnel who would be posted in different parts of the state. The Village Defence Force (VDF) was raised during the Congress regime in 2009 after approval by the then Union Home Minister P Chidambaram when he visited Imphal.

The monthly remuneration of a VDF member then was Rs 3,000 and ration money Rs 570, and the initial plan then was to recruit 3,100 VDF members only. Now, the remuneration has increased to Rs 10,500 including ration money while the number of VDF has crossed the 10,000 mark, within a short span of 12 years. It is true that, the remuneration given to them is not commensurate with the work and duties assigned. The Chief Minister also acknowledged the original demand of VDF association to increase their remuneration to Rs 12,000, which he promised to address in accordance with the financial condition of the state.

No matter which party comes to power, Manipur has always been in a perpetual state of financial distress as it heavily depends on the largesse of the Central government for lack of adequate revenue resources of its own to finance its governance and developmental needs. At the end of 2000 decade, the state had already a large overladened police force including the armed MR and IRB battalions as compared to its population and a fragile law and order situation which it constantly advertises in its efforts to increase state forces. It was in these circumstances that the state government had decided to raise such an auxiliary force to assist the regular police force while keeping financial commitments to the minimum.

Since its inception, VDF is talked about more for its notoriety than service to the people and the state. We shall not go into the manner of their recruitment as many termed the process as a farce.

The training modules were even more slip-shod and the training period so short that a sense of discipline could not simply be injected in their body and mind, which came out in full display when they were ultimately deployed among the general public. Now that the law and order situation has largely improved in the valley, there is even a demand for total repeal of the Armed Forces Special Powers Act, 1958 from Manipur. Insurgent activities in the valley are almost non-existent. Yet, the auxiliary force called VDF cannot be disbanded simply because there is no longer a threat as originally envisaged at the time of its installation. Many families are depending on the remuneration of the VDF volunteers. Let it continue as a volunteer force.