CM Biren called upon the people of the state to strictly utilise their civic sense and self-discipline as a strong means to prevent themselves from getting infected by COVID-19. 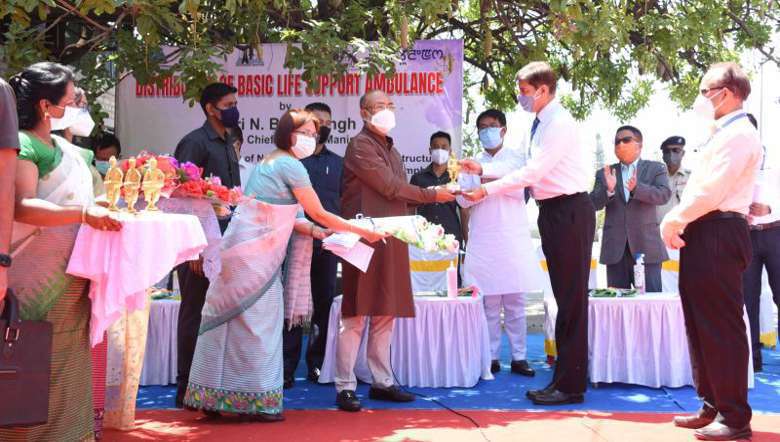 Mentioning that there are three oxygen producing plants, including a private firm in the state, Manipur Chief Minister N Biren Singh said that there is enough stock of medical oxygen in the state.

He was speaking at the distribution ceremony of Basic Life Support (BLS) ambulance organised by the Directorate of Health Services at the Chief Minister’s Bungalow on Saturday.

Speaking at the function as chief guest, Biren said there are around 1,098 D-type oxygen cylinders and 242 oxygen concentrator machines are available, he said. The government has put measures to control panic buying of oxygen from private firms, he added.

He said that the state has taken up appropriate steps to prevent from oxygen shortage which is a burning issue in highly affected COVID-19 states of India. Around 1,000 Remdesivir ampoules which is considered as life-saving drug against COVID-19 have also been procured and will reach on April 25, he added.

He called upon the people of the state to strictly utilise their civic sense and self-discipline as a strong means to prevent themselves from getting infected by COVID-19. He said that although there has been a sudden surge of COVID-19 in the state from the past few days with the crossing of daily positive cases above the 100 mark, the people are still neglecting COVID-19 Appropriate Behaviour, he said.  Such instances are more prevalent in rural and hill areas where police personnel rarely visit.

It is not possible to reach each and every corner of the state by police personnel to check whether the people are following the COVID-19 SoPs or not, he said. As the situation is becoming serious, it is of utmost need that the public use their common sense and maintain some self-discipline instead of waiting for the frontline warriors to monitor every citizen.

Concerning the distribution of BLS ambulances donated by the National Highways and Infrastructure Development Corporation Limited (NHIDCL), he extended gratitude to the donors for providing 15 BLS ambulances which will mainly be used for highway accident management and other emergency services. 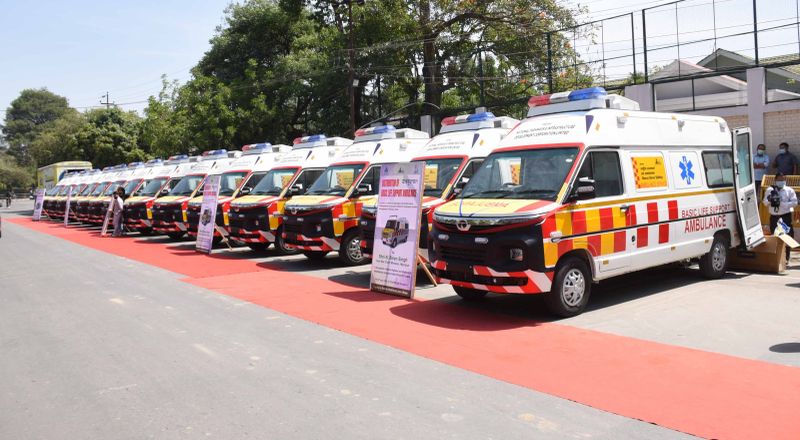 The state faced shortages of ambulances in the beginning of COVID-19 pandemic and 14 ambulances were purchased by the government to fill up the shortages, he said. So far, the state is managing with 26 ambulances and the adding of 15 more ambulances donated by NHIDCL, will help in enhancing ambulance service to a great extent, he further said, assuring that the state would procure new ambulances if there are needs in the future.

General manager of NHIDCL, colonel Sanjay Kumar said that the maximum projects for highways road construction of Manipur to improve connectivity in the state are done by NHIDCL. Currently, the company is working for 18 major projects with a total cost of Rs 15,000 crore.

He further said that the company will extend best efforts to enhance road connectivity in the state as they are the basic needs for holistic development. For this, he appealed to the state government to support them in meeting the ground challenges whenever they come. The programme was also attended by officials from the Health department, concerned officials, MLAs etc.