‘Flawed policy and planning major factors behind poverty in Manipur’

On the eve of its 27th foundation day, Kanglei Yawol Kanna Lup (KYKL) lauds frontline workers who have been working tirelessly against the COVID-19 pandemic. 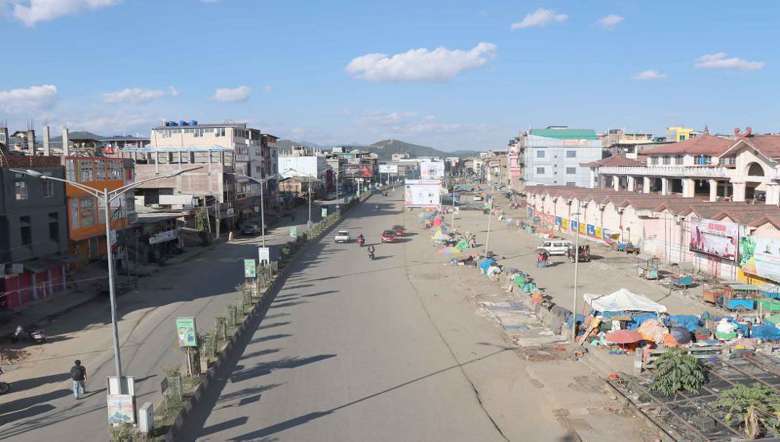 On the eve of its 27th foundation day, Kanglei Yawol Kanna Lup (KYKL) lauds frontline workers who have been working tirelessly against the COVID-19 pandemic and condoled the death of those who died due to the pandemic.

Extending greetings to all people in the region of WESEA, chairman of the proscribed Kanglei Yawol Kanna Lup (KYKL) N Oken said in a release that the land of Kangleipak (Manipur) has been ensnared by several seemingly unsolvable issues and obstacles.

“Most people seem to feel that there will never be a solution to these difficult problems and challenges, and convinced that this community will face certain disintegration… Although some have given up hopes and stopped working for the future of this community, there are many others who are still putting efforts with unwavering faith,” he said.

The chairman also said that though there are many individuals and leaders who are working towards the right path in various sectors, they seem to remain oblivious or deliberately ignoring the fact that “the main cause behind all our issues is the colonial rule”.

“The biggest problem is our economy which is 100 per cent dependent. We are surviving from a yearly funding in terms of Rs 20-30 thousand crore from Delhi,” the release mentioned.

Manipur falls in third place among the poorest states, it added.

“Although a handful of the population is rich, the remaining population at large are extremely poor… Most people feel lost due to unemployment and this society itself has become lost,” it added.

Flawed policy and planning are major factors behind this poverty, the KYKL said, adding that tossing a few crumbs to keep the people alive instead of introducing plans to increase the productive forces will never make a society rich.

Many would not admit that they are kept poor by the colonial administration, it added.

The people of Manipur lived in abundance and plenty before 1949 but now, they are living under poverty despite receiving an annual funding of around Rs 30,000 crore.

Another major issue is the political deterioration. Politicians and the system of governance have become highly degenerated as corruption is rampant. Votes are being bought and there are divisions among communities as there is no governance, it stated. But this is just the tip of the iceberg and the underlying cause is the colonial rule, the chairman stated.

The loss of society’s moral compass also posed a huge challenge. Practicing of unlawful activities has become the new norm, it added. When rights cannot be attained without bribing, back-scratching and bootlicking in a system where only corruption makes someone grow richer, then everyone else is bound to become corrupted and lose their morals, it added. All these social ills came along with colonial rule, it stated.

The fourth factor is the high level of mistrust and the disunity among the communities; this is another fallout of the colonisation. “If we were not united in the past, our glorious history would not have existed in the first place,” it added.

The fifth factor is the drugs menace in the state. ‘Sana leibak’ (Manipur) is becoming a golden triangle where poppies are planted and drugs are manufactured, it mentioned. No concrete action has been taken to introduce alternative means, the KYKL said.

The claim of controlling insurgency is a sham, it said, alleging that an MLA of the ruling party had openly admitted that drug issues could have been curbed if MLAs, ministers and police officials were more honest, the release added.