For the first time in India, award money to be transferred directly into bank accounts of Panchayats. 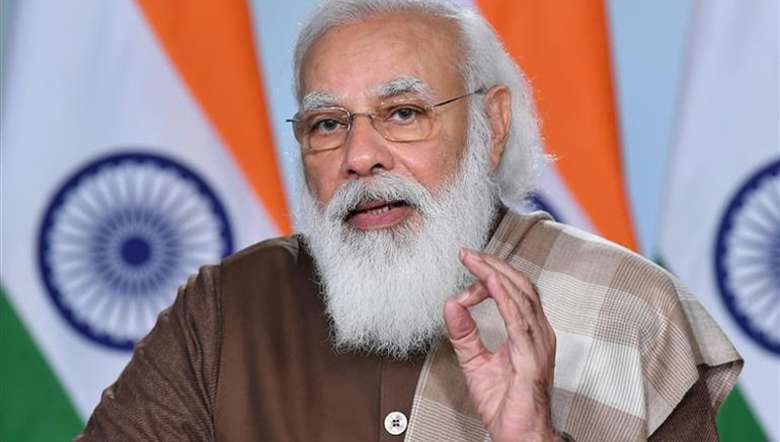 As India observed the National Panchayati Raj Day 2021 on April 24, Prime Minister Narendra Modi announced a new scheme for villages in India and direct transfer of award money to the bank accounts of Panchayats in the country.

The prime minister rolled out the new scheme - Survey of Villages and Mapping with Improvised Technology in Village Areas (SVAMITVA) at the 12th National Panchayati Raj Day held virtually at Vigyan Bhawan, New Delhi on Saturday.

The Central Sector Scheme aims to ensure socio-economic empowerment of the rural mass and making them self-reliant. It aims to provide the ‘record of rights’ to village household owners in rural abadi areas and issuance of Property cards.

Under the scheme, which has been approved for implementation at an outlay of Rs 566.23, e-property cards for 4.09 lakh property owners would be distributed in a phased manner over a period of five years (2020-2025), the Panchayati Raj Ministry said in a release.

The award money (as Grants-in-Aid) ranges from Rs 5 lakh to Rs 50 lakh and for the first time in India, the amount will be directly transferred to the bank account of the Panchayats concerned in real time, it stated.

Panchanyati Raj was set up in India on April 24, 1993 through the Constitution (73rd Amendment) Act, 1992 which came into force with effect from that day. Every year, on this day, the Panchayati Raj Ministry has been awarding the best performing Panchayats or States and Union territories across the country.

Physical distribution of Property Cards would be completed following COVID appropriate behaviour to the residents of 5002 villages, consisting 1308 from Haryana, 410 from Karnataka, 99 from Maharashtra, 1399 from Madhya Pradesh, 39 from Rajasthan, 1409 from Uttar Pradesh and 338 from Uttarakhand, the ministry said.

The ministry stated that most of the other states are in final stage of signing MoU with Survey of India for drone survey of rural abadi area and implementation of scheme. These States have also initiated the process for finalisation of Digital property card/Title Deed format, requisite amendments in their act for the provisioning of Property Cards/title deeds and survey of abadi areas.

The SVAMITVA Scheme is expected to pave the way for using property as a financial asset by villagers for taking loans and other financial benefits, as in the case in towns and cities. It is expected to transform rural India, the ministry added.