The CBI on April 1 submitted the final report before the Chief Judicial Magistrate, Imphal West, stating that the 14-year-old Ningthoujam Babysana Chanu hanged herself to death. 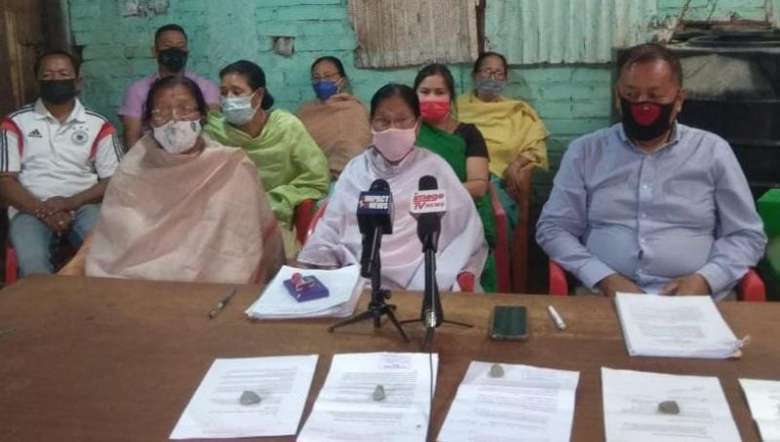 Raising doubts over the final report submitted by the Central Bureau of Investigation (CBI) on the 2019 Babysana death case, the JAC has demanded for a reinvestigation into the incident and stated that it is ready to approach the Supreme Court to get justice.

The JAC formed against the death of Ningthoujam Babysana Chanu had earlier urged the DGP Manipur to collect blood samples of the five accused persons in connection with the case and identify their blood groups by sending them to a lab, JAC convenor L Gyaneshwari said in a press meet held at Babysana’s residence at Thangmeiband on Friday.

A letter of memorandum with a prayer to reinvestigate and collect blood samples of the five accused persons has been sent to the Manipur governor and registrar of High Court to submit to the Chief Justice of the High Court; Justice Muralidaran; the chief minister and director of CBI, she said.

She added that the letter has also been submitted to the governor of Manipur so that it may be further sent to the president and prime minister of India.

She said the prime minister should speak about the issues of crime against women and the girl child in his Maan Ki Baat which is broadcasted on TV. The prime minister launched the slogan ‘Beti Bachao Beti Padhao’ to protect the girl child, but the cases of crime against women and girl child are increasing, she further said, urging the PM to direct the CBI, Kolkata to reinvestigate the case.

Co-convenor Sapam Subhangkar said even though the final report has been submitted, the findings are highly doubtful. There are questions which are yet to be answered such as why did Revenue Minister Karam Shyam visit the spot and asked for a compromise with Babysana’s father, he said. The final report of the CBI investigation is a complete mockery, he added.

The CBI on April 1 submitted the final report before the Chief Judicial Magistrate, Imphal West, stating that the 14-year-old Ningthoujam Babysana Chanu hanged herself to death.

Babysana was a student of Standard Robarth Higher Secondary School in Canchipur area of Imphal West district. Her body was found hanging in the school hostel dormitory on July 18.