As many as 104 new COVID-19 positive cases were recorded in Manipur on Friday. 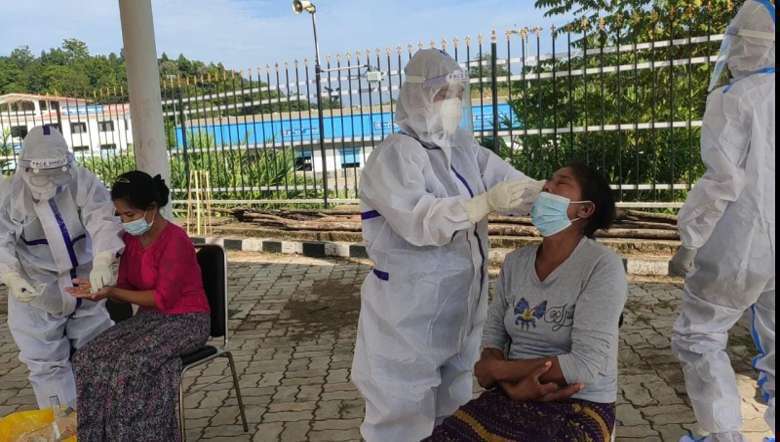 Manipur's daily COVID-19 positive cases on Friday crossed the 100-mark, taking the state's tally of confirmed cases to 30,151, according to the latest update from the state health department.

The state recorded as many as 104 new COVID-19 positive cases, up from Thursday's positive cases of 86. Friday's tally included 88 from the general population and 16 personnel of the Central Armed Police Force (CAPF) in a span of 24 hours, a release from the COVID-19 Common Control stated.

Imphal West recorded the highest number of new positive cases at 36, while 28 new cases are from Imphal East; 10 from Churachandpur; three each from Bishnupur and Kakching; two each from Chandel, Ukhrul and Senapati, and one each from Thoubal and Kangpokpi, the release stated.

With the new positive cases, the number of active cases also increased to 590.

While the death toll stood at 381 with no fatality reported on Friday, 27 more recoveries pushed the cumulative number of recovered cases to 29,180. However, the state's recovery rate dropped to 96.77 per cent from 97.02 per cent on Thursday, the release added.

Meanwhile, air passengers who travelled to the state on April 20 by Indigo flight 6E-524 in rows 5-11 and on April 15 by Air India flight AI-713 in rows 11-17 have been asked to inform the Common Covid Control Room at 18003453818 or respective District Surveillance Officers (DSO) immediately.

It further stated that a total of 1,18,215 people have been administered COVID-19 vaccine in Manipur.