Sanaton Athokpam, 22, son of Tekendra Athokpam of Khurai Thangjam Leikai, Imphal East, an MBBS students at RIMS of 3rd semester student was found hanging at his room on March 15. 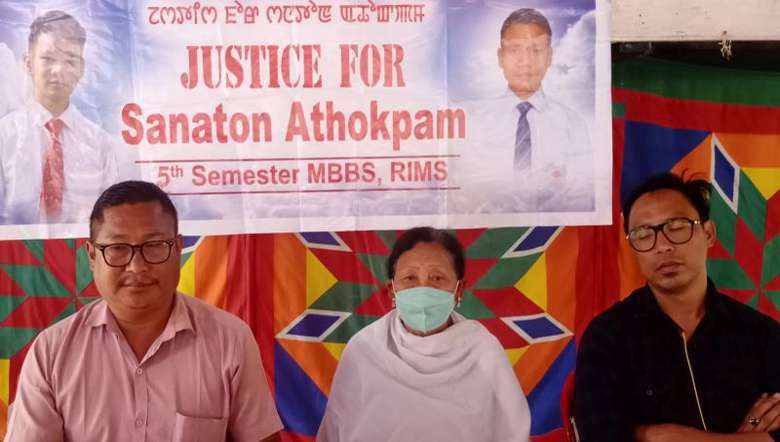 The court of Chief Judicial Magistrate, Imphal West on Wednesday stated that the investigation into the case of Sanaton’s death is delayed due to non availability of the information from the deceased’s mobile and tablet, and allowed the investigating officer for proper investigation.

The investigating officer sought the court for allowing the extraction of data from the deceased’s mobile phone and tablet with the help of NIELIT, Kohima, Nagaland.

The post mortem and forensic science laboratory (FSL) Manipur was submitted by the investigating officer. It stated that as per the post mortem report from JNIMS, Porompat the death was caused due to asphyxia resulting from hanging. Reports of the crime scene, following the investigation carried out by a scientific officer (mobile forensic unit), FSL stated that the death could be due to hanging and appears to be suicidal in nature.

The report stated that efforts were made to extract information from late Sanaton’s mobile phone and tablet with the help of National Institute of Electronics and Information Technology (NEILIT), Manipur but in vain. The devices have been sent to CFSL, Kamrup, Assam for further examination but it was returned back as they were unable to extract the required data.

It may be mentioned that Sanaton Athokpam, 22, son of Tekendra Athokpam of Khurai Thangjam Leikai, Imphal East, an MBBS students at RIMS of 3rd semester student was found hanging at his room on March 15 at around 2.15pm. He was evacuated to RIMS Casualty Hospital for medical treatment but declared brought dead by the doctor.
Police had registered the case under unnatural death case under section 174CrPC for investigation.