The new MLA was administered the oath of office in secrecy by Speaker Y Khemchand on Wednesday. 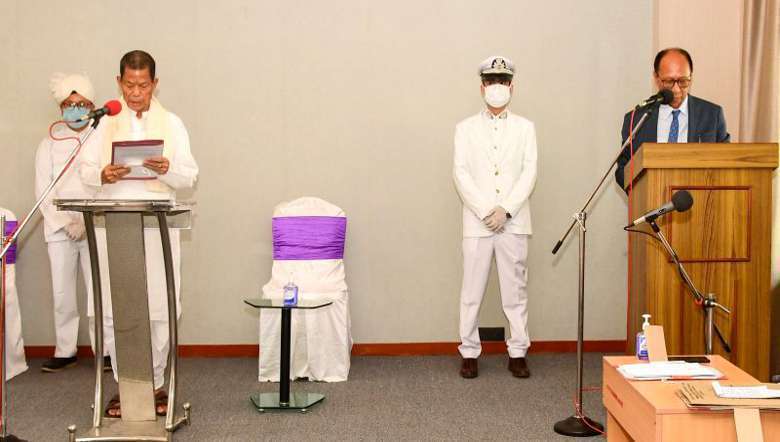 Yumkham Irabot Singh of the Manipur Bharatiya Janata Party (BJP) was sworn in as member of the Manipur Legislative Assembly of 15-Wangkhei Assembly constituency in the presence of Chief Minister N Biren Singh Wednesday. The new MLA was administered the oath of office in secrecy by Speaker Y Khemchand.

Announcing the swearing-in of Irabot as MLA of Wangkhei on Twitter, the chief ministercongratulated the newly sworn-in MLA.

Responding to the media regarding the portfolio of the new MLA, Biren said the decision will be taken by the Central BJP leaders and conveyed his best wishes to the people of Wangkhei assembly constituency.

On April 15, the High Court of Manipur, declaring the election of Henry Okram as member of 15-Wangkhei assembly constituency in the 11th Manipur Legislative Assembly as null and void, mentioned in its judgment that Henry submitted a false affidavit to the Election Commission.

Okram Henry joined the BJP after he resigned from Indian National Congress as MLA before the completion of his term. The BJP-led government made Henry as social welfare minister in charge in September 2020.

During the period of the present government, this was the second time a Congress MLA was disqualified for furnishing incorrect information during the election process.