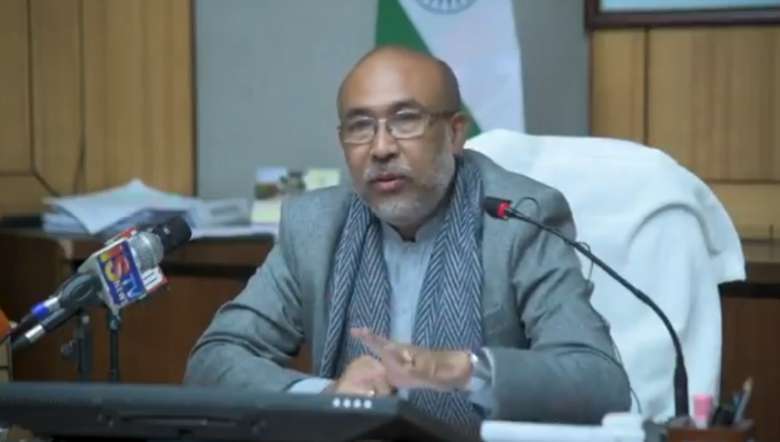 The Manipur government and the Committee on Protection and Preservation of Mt Koubru (COPPK) on Tuesday signed an agreement over the contentious Mt Koubru, while Chief Minister N Biren called for communal harmony in his message to the people of the state.

Speaking to the media in Kangpokpi after the meeting, Lamtinthang Haokip said, “After discussing for more than three hours with the government representatives, we could finally come to an agreement with four points to be honoured by both the parties as well as the people of Manipur.”

“We agreed that there will be no restrictions of pilgrimages or worshippers to Mt Koubru as was practiced since time immemorial,” he said.

The second point of agreement was in order to protect and preserve the sacredness and sanctity of Mt Koubru, the traditional and the 'present status' at Mt Koubru should be maintained in the sense that status quo shall be maintained like before and no particular structure in any basis shall be constructed at the peak which can hurt the sentiments and emotions of any communities, he mentioned.

The third point of agreement was that the COPPK and the state government shall jointly take steps to wipe out the cultivation of poppy plants, he added.

Lamtinthang Haokip said that the agreement was made with a view to protect and preserve the ecosystem and biodiversity of Koubru range.

He appealed to the people of Manipur to stop spreading rumours and false allegations on Mt Koubru which can ignite communal hatred, and respect the agreement signed with the government.

On Monday, in view of the present situation at the place of Ebudhou Awang Koubru Assuppa, Chief Minister N Biren Singh on Monday made a public appeal for peace and communal harmony.

Biren said in a message to the people of the state that there have been clarifications from organisations, which have restricted entry to Koubru, that there will be no restrictions for the purpose of worship. The state government is taking up all necessary legal steps and procedures, it stated.

“Since communications are ongoing with the various organisations involved to bring a solution to the issue, one should keep in mind that our state is a land inhabited by various communities and show respect for the beliefs and religion of other communities, and try to live together in peace and communal harmony. Therefore, I am making this public appeal for people to put their support and trust in the state government’s efforts to bring an agreement without hurting any particular community,” it stated.

“I respect the sentiments behind the call made by some organisations that only a single person from every household should go for worship. However, since the state government is precisely performing its duty, I urge everyone going for worship to do so in the same simple traditional way of our forefathers, while trying to keep the gathering to a minimum as a safeguard against COVID-19,” it stated.

“I earnestly appeal to the people not to follow the call for a large gathering and storming Mount Koubru on Wednesday, and instead let us go for a simple pilgrimage,” it added.