FC Kakching player, O Sanathoi confronting a goalmouth melee, conceded an own goal in the 44 minute to LMLCC coffers. 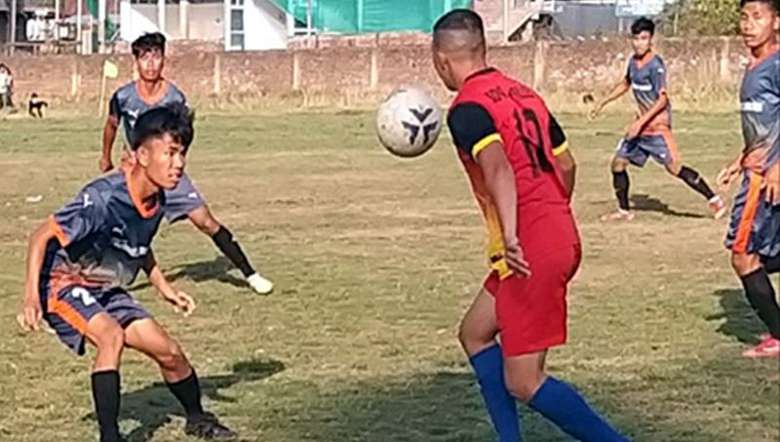 The first proved to be a stalemate as neither of the teams could consolidate their position with a goal, leaving the second half a crucial factor. The second half witnessed a frenzy tussle among the players seeking the elusive goal.

In such circumstances, FC Kakching player, O Sanathoi confronting a goalmouth melee, conceded an own goal in the 44 minute to LMLCC coffers. Energised with the bonus goal, LMLCC in another quick attack scored their second goal through A Umakanta in 51 minute and later I Priyobrata came with the third goal in 70 minute for the comfortable victory.

In another match, KYWAC Wabagai and SDO Pallel had a goalless draw to share a point each. Wabagai player Kelvin and SDO players Kh Arnold, Y Gautam, S Nganba got booked with a yellow card in the match.