A fact finding committee was constituted for submission of a report on the circumstances leading to the firing incident which took place on March 29 at Sandang Senba Maring, Kangpokpi district. 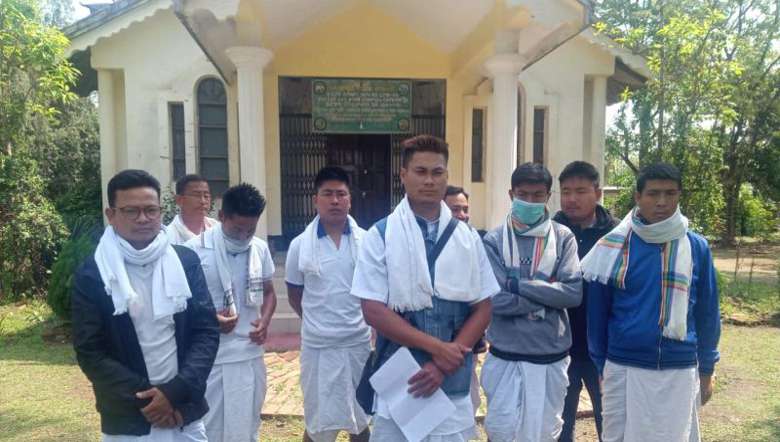 Nahalup and Ahallup (youth and adult wing) of Andro Panna Loishang has given an ultimatum of seven days to bring out a proper report from the fact finding committee formed in connection with the land dispute between Andro and Sandang Senba Maring, said member of the Loumi Ahallup of Andro Panna Loishang, Salam Romesh.

He was speaking in a press conference held at Andro Pana Loishang, Imphal East district on Monday.

A fact finding committee was constituted for submission of a report on the circumstances leading to the firing incident which took place on March 29 at Sandang Senba Maring, Kangpokpi district.

He said, a notification issued by commissioner, RD and PR stated that the committee would recommend measures to avoid a similar incident in the near future. It asked any person who desires to submit documents/evidence on the circumstances leading to the incident among others to submit the same at room number 210 of secretariat (south block), Imphal on all working days by April 15, he added.

Romesh said Chief Minister N Biren Singh had earlier assured that the committee will give a report in connection to the incident within 15 days. The deadline has completed but no report regarding the incident has come up so far, he added.

If the fact finding committee failed to bring a report within seven days from Monday, then the youth and adult organisation of Andro will launch intensified agitations with support from various civil bodies and others, he said.

Meanwhile, superintendent of police, Imphal East Jogeshchandra Haobijam told reporters in Imphal on Monday that to avoid unwanted incidents, the district police have been taking various precautionary measures in connection with the land dispute issue of Andro and Sandang Senba Maring.

He appealed to the people not to create any issues and stop spreading rumours that may lead to tensions among the two villages during the investigation of the fact finding committee.