Global strategy to transition towards a sustainable global agricultural model that reduces food wastage while reducing the use of pesticides is the need of the hour. 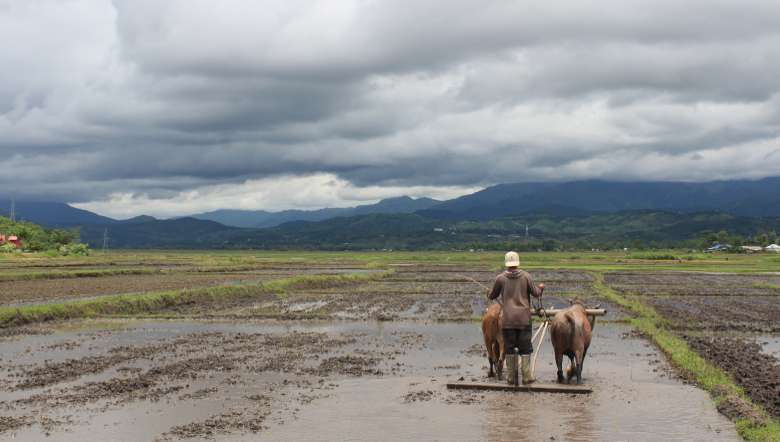 Pesticide or agricultural pollution due to rampant use of pesticides in recent years is now posing health hazards and engendering the ecosystem of a place and causing existential problem. With the rapidly evolving technology amid the changing lifestyle and environment, people are increasingly getting exposed to pesticides among several types of chemical substances. Pesticides are chemical compositions employed to eliminate fungal or animal pests. Nonetheless, an average of 95 per cent of pesticides reach other organisms apart from the targeted pests, because of their application technique in fields and farms.

For several decades, pesticides have been an essential part of cultivation to protect crops and livestock from pest infestation and to yield enhancement. Despite their usefulness, pesticides are posing potential risks to food safety, the environment and all living things.

Pesticides pollution from treated field to air, other land and water bodies

Serious concern about the environmental impact of repeated pesticides use has prompted research into the environmental fate of these agents which can emigrate from treated field to air, other land and water bodies.

The importance of agricultural pesticides for developing countries is undeniable. However, the issue of human health and environmental risk has emerged as a key problem for these countries according to several studies.

Chemical pesticides provide necessary guarantee for the output increase, but pesticides abuse has led to daily worsening of ecosystem of agricultural lands. The use of large amounts of pesticides is the main reason for agricultural pollution.

A global map of agricultural land across 168 countries has revealed that 64 per cent of land used for agriculture and food crops is at risk of pesticides pollution. Almost a third of these areas are considered to be at high risk. The study published in “Nature Geoscience” produced a global model mapping pollution risk caused by 92 chemicals commonly used in agricultural pesticides in 168 countries.

The study examined risk to soil, the atmosphere and surface as well as groundwater. The map also revealed that Asia houses the largest land areas at higher risk pollution with China, Japan, Malaysia and Philippine at highest risk.

Some of these areas are considered “food bowl” nations, feeding a large portion of the world’s population.

The University of Sydney Research Associate and study’s lead author Dr Fiona Tang said the widespread use of pesticides in agriculture—while boosting—productivity—could have potential implications for the environment, human and animal health.

The study revealed 64 per cent of the World’s arable land is at risk of pesticide pollution. This is important because the wider scientific literatures have found that pesticide pollution can have adverse impacts on human health and environment.

Pesticides can be transported to surface water and ground water through runoff and infiltration polluting water bodies, thereby reducing the usability of water resources. The breezes can take them to other areas such as human settlements and grazing regions, probably affecting other animals.

The challenge posed by poor storage and transport practices

More challenges arise due to poor production, storage and transport practices. Repeatedly spraying the pesticide, pest resistance and resurgence while still affecting the other organisms in the soil. Although the agricultural land in Oceania shows the lowest pesticide pollution risk, Australia’s Murray- Darling basin is considered a high—concern region both due to its water scarcity issues and its high biodiversity.

Globally, 34 per cent of the higher risk areas are in high –biodiversity regions, 19 per cent in low—and lower – middle – income nations and five per cent in water scarce areas. There is a concern that overuse of pesticides will tip the balance, destabilize ecosystems and degrade the quality of water sources and humans and animal rely on to survive.

Global pesticide use is expected to increase as the global populations’ heads towards an expected 8.5 billion by 2030. In a warmer climate, as the global populations grow, the use of pesticide is expected to increase to combat the possible rise in pest invasion and to feed more people. Although protecting food production is essential for human development, reducing pesticide pollution is equivalently crucial to protect the biodiversity that maintain soil health and functions, contributing towards food security.

It will be important to carefully monitor residue on an annual basis to detect trends in order to manage and mitigate risk from pesticide use.

Global strategy to transition towards a sustainable global agricultural model that reduces food wastage while reducing the use of pesticides is the need of the hour.

Need to move towards ecological farming

However, reducing the use of pesticides strategies will not help us protect human health, because there are enormous kinds of pesticides being sold in the market. In this case, people need to shift towards ecological farming. This is a critical act in avoiding all risks. Protecting crops via multilevel approach will help us increase the heterogeneity of the agricultural areas and this will provide a natural habitat for pollinators and natural pests control species.

Thus, a functional biodiversity can be created if we can achieve an active vegetation management. A variety of crop types and cultivars increase both the fertility of soil and resistance to pests. Natural control agents, such as beneficial bacteria, viruses, insects and nematodes can be used in improving crop protection successfully.