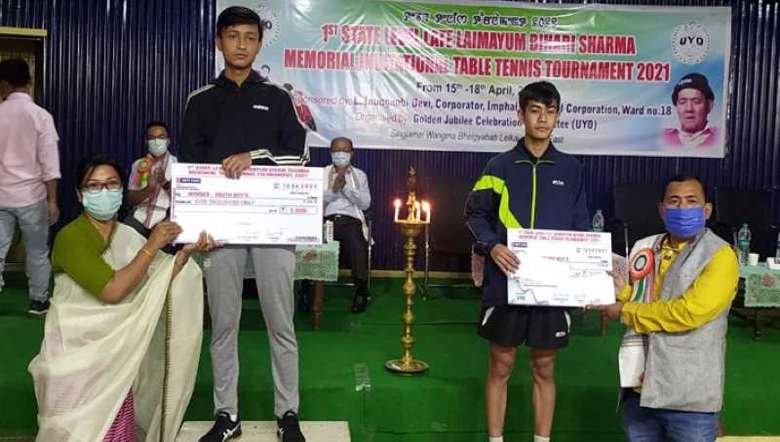 In the final match played on Sunday, Thomas faced a stiff challenge from Naorem Sidarth of Imphal East extending the match to six games to determine the winner.

The start of the match witnessed a hot contest between the two players, but Thomas prevailed with 15-13 points for the lead. However, Sidarth came back strongly in the second game as he wrested it by 11-8 points to level the game with a 1-1.  In the next two games, Thomas changed his strategy and was able to translate it into action winning them by 11-7 and 11-9 point to enjoy a 3-1 lead.

As the game pushed on, Sidarth put forth his last remaining energy into good use, clinching the fifth game by 11-8 points.  But Thomas proved himself too hot to handle for the day as he wrapped up the sixth game with 11-8 points, to lay his hand on the champion title.

Meanwhile in the Men’s Single final match, Laishram Bikram of MPSC prevailed over Y Subashchandra of Imphal West by 12-10, 11-7, 11-8 and 11-5 points for the champion title.