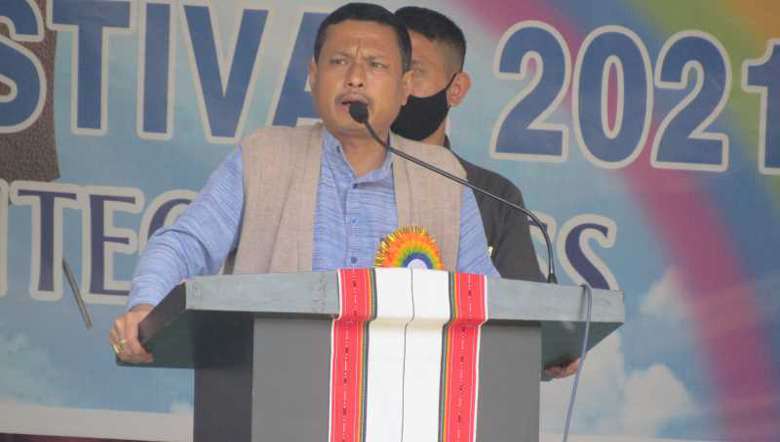 Rajya Sabha MP Leishemba Sanajaoba said that demanding separate homeland, sovereignty among others based on community line is nothing but an exercise in futility and urged all the communities residing in the state to give more focus on overall development.

Sanajaoba informed the gathering that the demand pertaining to schedule tribe status for the entire state will be apprised to the central government after discussing the matter with chief minister, N Biren.

The Schedule Tribe Demand Committee (STDCM) had submitted letters to the central government with the same demand, added Sanajaoba.

Delving into the Indo-Naga peace talks, the Rajya Sabha MP claimed that met with union home minister, who assured him that the outcome will not affect the interest of Manipur.

Langol Tarung village was established in 1735 AD during the reign of king Garibaniwaza by Kabuis who returned from king’s Garibaniwaza Burma invasion (expedition to Myedoo in upper Burma). Performances of cultural dances, songs among others by the villagers marked the foundation day. Forest minister, Awangbow Newmai also attended the function as dignitary.