Retired director of art and culture, Manipur K Sobita Devi said the rich heritage of Manipur requires urgent attention from authorities concerned to protect it from facing an extinction. 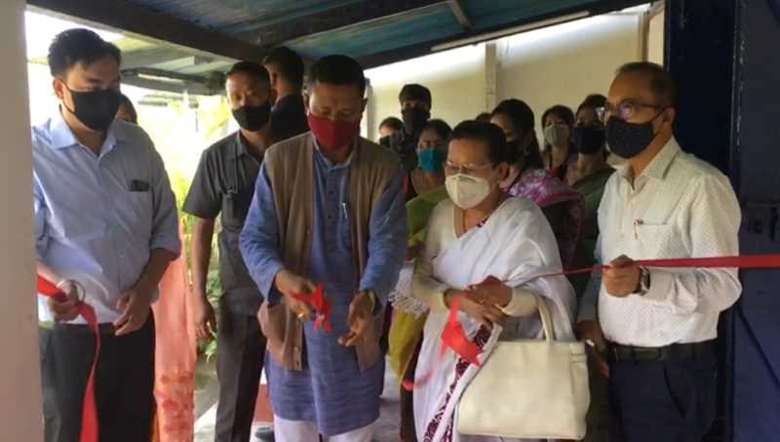 As observed across the globe, the World Heritage Day otherwise known as International Day for Monuments and Sites was observed in Manipur at a function organised in Kangla on Sunday.

At the observation held under the theme ‘Complex pasts: Diverse futures’ as set by UNESCO for this year, retired director of art and culture, Manipur K Sobita Devi said the rich heritage of Manipur requires urgent attention from authorities concerned to protect it from facing an extinction. To protect and preserve the heritage of Manipur, the state government needs to establish a heritage conservation centre, she said.

“The day is observed to raise awareness about the cultural heritage that we see around us. It is also aimed at promoting historical monuments and sites through which we can actually preserve the cultural integrity of a community as well,” she added.

In India, UNESCO has recognised 38 heritage sites; 30 are cultural sites, 7 are natural sites and one is a mixed site; however, Manipur despite having a rich heritage in culture and traditions has not been included among the UNESCO heritage sites, Sobita said.

Manipur has its unique heritage when compared to other states in the country but they are not being recognised by UNESCO, she said, adding a scientific research for its conservation is highly essential to promote the heritage of Manipur.

She pointed out that due to changes in climate or weather, the historic monuments become subject to change. She asserted that urgent attention for protection and perseveration is required and stressed on the need to include the historic studies of Manipur in schools.

Rajya Sabha MP Leishemba Sanajaoba said that protection of heritage sites of Manipur is highly important for preserving the identity of the people. “Conserving our own heritage is important to provide a sense of identity and continuity in a fast-changing world for the future generations,” he said.

The chief minister of Manipur had already assigned to send a proposal to the Central government in this regard, he further said, adding the proposal to constitute a special task force for the protection and preservation of Archeological sites and Historical monuments was raised at the ongoing session of the Parliament.

He mentioned that the Manipur State Archaeology was established in 1978 for the protection and preservation of archaeological and historical sites in the state. At present, there are 63 sites which are protected under the Manipur Ancient and Historical Monument and Archaeological Sites and Remains Act 1976, he mentioned.

Manipur State Archeology has been involved in research and excavation works at various sites including inaccessible regions, he said. It has been organising awareness programmes to educate the masses and playing an important role in the discovery of new sites, he added.

Some of the monuments lie either on the border and the raising of a task force to protect such sites from illegal land encroachers is of paramount importance and so, a task force is highly required, said Sanajaoba.

Commissioner of art and culture, Manipur M Joy said that ten criteria should be fulfilled to include the 63 heritage sites of Manipur among the heritage sites, and expressed that the people must work together to achieve that.

The World Heritage Day celebrates the work carried out by the ICOMOS – International Council on Monuments and Sites in 1982. The day is all about increasing the awareness of the importance of the diversity of cultural heritage and preserving it for generations in the future.