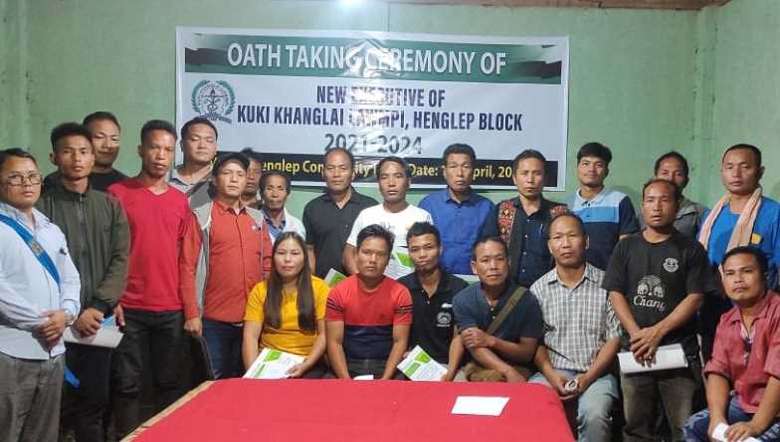 The newly elected 28 executives of the KKL Henglep block included president, vice-president, secretary, joint secretary, advisory board and others. The oath taking session was administered by president of KKL GHQ, Kamthang Haokip.

After the session he briefed the gathering about the achievements and roles played by KKL for the society. He later extended gratitude to the chief of the area and churches for their cooperation.