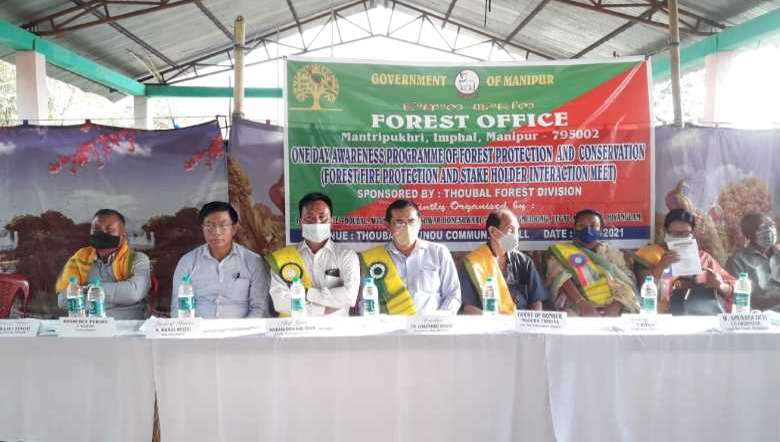 As a part of the programme, a public forum on the issue of ‘Consistent Degradation of Forest and How It Can Be Overcome’ was also held. During the discussion, range officer of Kakching, Naorem Munal Meitei said that forest and humans are deeply correlated and mutually dependent and as such protection of forest is a must in this present society. He continued that the most substantial gift that could be given to the future generations is the greenery of nature and for which the people should be prepared to maintain the forest.

Saying that the forest department is not the only one to take the responsibility for forest protection, he appealed to the public to join hands to bring greenery in the world and plant at least six tree saplings as part of the ‘Van Mahotsav’ in the month of July this year.

Pointing out the issue of forest fires caused by people, Munal said that chief conservator of Forest department had earlier notified in February this year that if any person(s) is found responsible for the burning of trees in the forest, he or she or the group should compensate for all the losses and plant new saplings at the particular areas. He further appealed to the public to stop the use of plastics as it spreads immense toxins and threatens the wildlife and environment.

Later, environmentalist S Rajesh spoke on the topic ‘Global warming and its effect measures to control it’, followed by a speech by national awardee Ngouba Thouna on ‘Eco system’.