Guns and Girls: A twist in the tale

IFP Editorial: A video of a petite young Manipuri girl in jeans firing a gun captured he imagination of many. Sadly, the chatter was not of a girl firing away and exorcising the dominance of man in the world of guns but of legality and of the families with powerful political connections running roughshod over the rule of law. 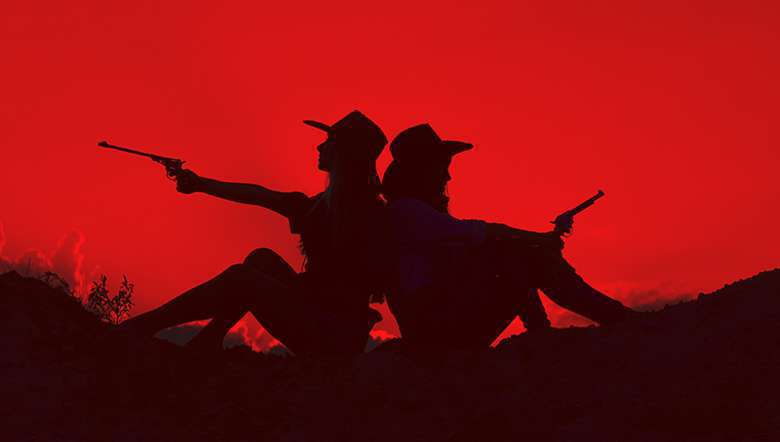 Recently, a video of a petite young Manipuri girl in jeans firing a gun went viral in the social media and fired up the chatter. Even the image of Hollywood star Angelina Jolie firing away in the Tomb Raider series was conjured up by social media enthusiasts. The frenzy was such that Covid 19 numbers surging past the 2 lakh mark every day, thousands of sadhus taking a dip in the Holy Ganga flouting Covid norms, huge election rallies commanded by high profile political leaders amid the Covid scare, and nearer home some Kuki organisations blocking entry points the holy Mt Koubru were simply forgotten. The video seems to have captured the imagination of many. Sadly, the chatter was not of a girl firing away and exorcising the dominance of man in the world of guns but of legality and of the families with powerful political connections running roughshod over the rule of law. The ‘licensed’ gun fired by the girl happened to belong to a son of a powerful BJP functionary.

An audio tape circulated along with the video clip contained a conversation in which the ‘son’ requested a person supposed to be a police official to forget about the video while repeatedly reminding the other person about his BJP credentials, without even realising that he is in fact the culprit in the eyes of law. Nevertheless, the ‘son’ was arrested by the police along with his licensed gun. His crime is in letting someone other than him to fire his gun, that too without reasonable cause.

No ordinary citizen of India can obtain a firearm without a valid license granted by the competent licensing authority nor can he use it without reasonable cause. The latest amended Arms Rules of 2016 has made the license mandatory even for airguns. Law states that license can be issued for anyone who has good reason without stipulating what constitutes a good reason. Typically applicants wanting license for self-defense purposes need to prove danger to their life. Article 14 states that authorities can deny license for unspecified “public peace or for public safety” reasons.

They are not obligated to give reason for refusal of application if they deem it to be necessary.

Firearm licenses must be renewed every three years. Openly carrying of firearms is prohibited. All firearms must be carried in specially designed holsters. In 1959, the Arms Act of 1878 as enacted by the British was finally repealed and a whole new Arms Act was passed. It was better than the Britisher’s edition, but at the same time, it was also reflective of the Indian Government’s distrust in its own citizens. This act gave arbitrary use of powers to the licensing authorities. The act of 1959, was supplemented by the arms rules in 1962. They both together regulate, i.e., prohibit the acquisition, possession, manufacture, sale, export, import and transfer of firearms except with a license, which in itself is quite difficult to obtain since the process is tedious and may take even years to complete. As of present, the gun laws in India are one of the most stringent in the world. In the United States, acquiring any firearm (including a gun) is a constitutional right, but in India it can only be termed as a privilege. No ordinary Indian citizen can acquire a gun without obtaining a license from the competent licensing authority.

Well, that is about gun control and laws governing it. So far, we have seen images of gun-toting girls among the ranks of the outlawed insurgent organisations of the region in the media. Other than that, never has one seen girls brandishing guns or firing it in this part of the world. The popular imagination is that it should only be man wielding the gun, be it among the armed forces or police personnel and when images of women in uniform toting guns surfaces it is seen as a novelty. We do not know how many women are there among the gun licensed holders in the state. But, we honestly feel that there should not be any discrimination while awarding gun licenses.