AHLAVCCA demands revocation of notification for acquiring land along NH-2

The association had submitted a representation to the deputy commissioner of Kangpokpi demanding immediate revocation of the notification. 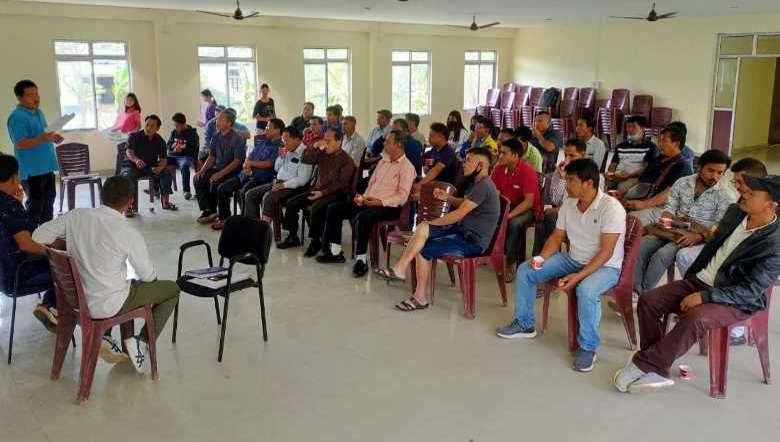 The Asian Highway Land Affected Villages Chairman/Chief's Association (AHLAVCCA), Gamgiphai to Taphou-Kuki, demanded immediate revocation of government’s notification for acquiring land along National Highway-2. It alleged that land acquisition law or rule is not applied uniformly within the Chainage No. 277+440 to 294+100.

The decision to demand the revocation of the government’s notification was taken during an emergency meeting of chiefs of all villages affected by the Asian Highway expansion under the aegis of AHLAVCCA. As resolved in the emergency meeting, the association had submitted a representation to the deputy commissioner of Kangpokpi demanding immediate revocation of the notification.

A representation signed by president of AHLAVCCA, Thangkholun Haokip and its secretary, Samson Kipgen stated that “the Notification No. DC(KPI)10/1/2006 dated on April 12 regarding the intention of the Government of India through the Ministry of Road Transports and Highways to acquire land along NH-2 from Kohima to Imphal, there are certain discrepancies which we strongly object and demand immediate revocation of the notification.”

It stated that for the law or rule for land acquisition has not been applied uniformly within Kangpokpi district as the stretch of land from Changoubung/T Khullen to Taphou-Kuki has been acquired as unsurveyed land for which the process for acquisition is almost completed. The land stretching from Kalapahar to Gamgiphai is proposed to acquire as surveyed land while wondering why the land owners within the same district are differently treated.

It also stated that the notification is issued as per the land survey carried out solely by the DC office of Imphal West without the involvement of Kangpokpi DC during the process. The outcome of the land survey without the involvement of Kangpokpi DC failed to accommodate the interest of the stakeholders as the large stretches of land which have been under private ownership since time immemorial appeared in the notification as government's land.

“The people of Kangpokpi under any circumstances cannot accept the notification and we strongly opposed it on the ground of non-involvement of Kangpokpi DC during the land survey,” it added.

If the notification is not revoked and rectified immediately, it will result in huge discontentment not only among the land owners but among the general public of the district as it (the notification) failed to take due consideration of the interest of the people, stated AHLAVCCA.

The association further appealed to the Kangpokpi DC to conform it within a week and cautioned that the association will not be supporting the developmental work along the said stretch.