Adjutant 44 AR, Meetinder told the Imphal Free Press that rich homages were paid to Dr BR Ambedkar early Wednesday, and the event was observed with great pomp and show. 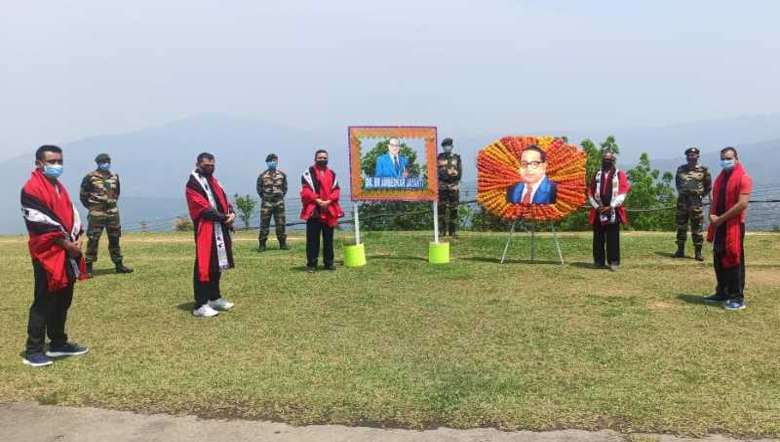 Along with the rest of the nation, 44 Assam Rifles under the aegis of 22 Sector of Assam Rifles IGAR (E) organised an Equality Day programme at Tamenglong Battalion complex Wednesday. The 130th birth anniversary of Dr BR Ambedkar, which is observed as ‘Ambedkar Jayanti’ or ‘Equality Day,’ across the country was marked by paying rich homage to the architect of the Indian Constitution.

Speaking to the Imphal Free Press, adjutant 44 AR, Meetinder stated that rich homages were paid to Dr BR Ambedkar early Wednesday, and the event was observed with great pomp and show. He also highlighted the importance of celebrating the birth anniversary of Dr BR Ambedkar mentioning that his teachings and message of equality was shared with attendees.

“While the nation pays tribute to a great polymath on his 130th birth anniversary, the unit with people from all walks of life remembered the architect of Indian Constitution,” he added.

Meetinder stated that BR Ambedkar was not only a freedom fighter, an economist and a jurist but he was also the first law and justice minister of the government of India. Ambedkar worked tirelessly for a society where everyone is treated as equals, and he continues to remain an inspiration across the generations, he added.

“The society is indebted to his immense contribution in constructing the entire concept of the republic of India,” he said, adding that people from all walks of life joined AR in remembering Dr BR Ambedkar by paying floral tributes and pledging to support and work towards the creation of an equal society.

On this occasion, people are reminded of Ambedkar’s significant contribution in drafting the constitution of India besides establishing the Central Bank of India and Reserve Bank of India.

“His contributions to protecting the rights of the Dalit community and education of women were remembered,” Meetinder added.