'He also extended wishes for ‘Cheiraoba’ and ‘Ramzan’ to Meitei and Meitei Pangal brethren respectively. 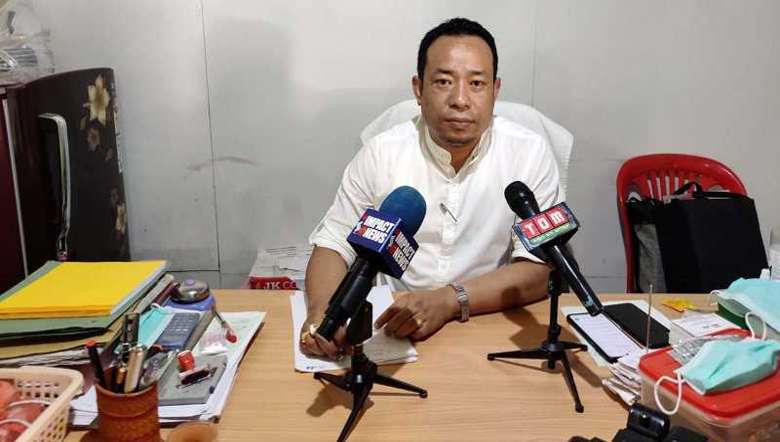 Concerning the need of strengthening regional political parties in the state, the Manipur People’s Party (MPP) appealed to the people to extend their support and cooperation in regaining their political status.

In a press conference held at its office near Hapta Kangjeibung on Tuesday, general secretary (administration) of MPP, H Gitajen Meitei said that there is an emerging trend of regional political parties in the country.

Most of the big states in India are ruled by regional political parties and development brought in those states has proved the significance of regional parties.

He further mentioned some of the major regional parties like DMK, AIADMK, TDP, MNF and others that came to power in their states.

MPP is putting tremendous effort to restore its power which existed at one point of time. However, without the support and cooperation of the public, the endeavour taken by the party would be meaningless, he added.

During the press conference, he also extended wishes for ‘Cheiraoba’ and ‘Ramzan’ to Meitei and Meitei Pangal brethren respectively.

“Let Ramzan Mubarak and Sajibu Cheiraoba bring peace, prosperity, joy and happiness to the people of the state,” said Gitajen while cautioning the people to celebrate the festivals by maintaining strict SOPs to stay safe from COVID-19 infection.

Past developmental activities inspire party members to bring MPP back in power: MPP