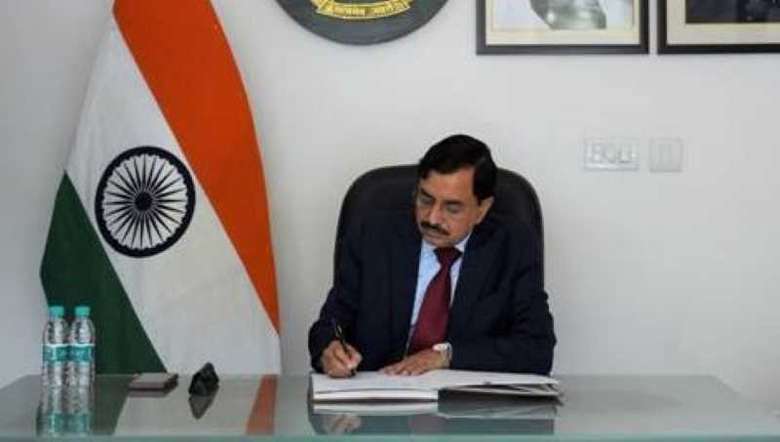 Sushil Chandra on Tuesday assumed charge as the 24th Chief Election Commissioner (CEC) of India, succeeding Sunil Arora, who demitted the office on April 12, 2021 after completing his tenure.

After a fulfilling tenure of nearly 43 months in the Commission and nearly 29 months as CEC, Arora demitted office having successfully steered the 17th Lok Sabha election in 2019 and elections to 25 state assemblies since joining ECI in September 2017, the Election Commission stated in a release.

As chairman, CBDT, Chandra played an active role in unearthing illegal money often used during Assembly Elections, the Election Commission said in a statement. It stated that with his continuous monitoring, the seizures of cash, liquor, freebies, narcotics have increased substantially in recent elections. He constantly emphasized the concept of "Inducement-Free" elections and it has become an important aspect of monitoring the electoral process in all ongoing and forthcoming elections, the EC added.

The EC further stated that the process of focused and comprehensive monitoring through deployment of Special Expenditure Observers, activating the role of many more enforcement agencies in the process of Election Expenditure monitoring, more exhaustive and frequent reviews of observers and other agencies are few of the aspects of electoral management encouraged by him.

Chandra’s contributions are also reflective in systemic changes like the Form 26 that has now become an integral part of essential paperwork, the EC said, adding that he took special efforts in the area of verification of affidavits filed by the candidates before elections. In 2018 in his role as Chairman CBDT, Chandra was instrumental in evolving a uniform format of sharing details of all assets and liabilities not mentioned in the affidavits of the candidates, the EC said.

Facilitation through innovative IT applications in Election systems has been a unique contribution of Sushil Chandra to the 2019 17th Lok Sabha Elections and the Legislative Assembly Elections held since in Andhra Pradesh, Arunachal Pradesh, Odisha, Sikkim, Haryana, Maharashtra, Jharkhand, Delhi, the EC added.