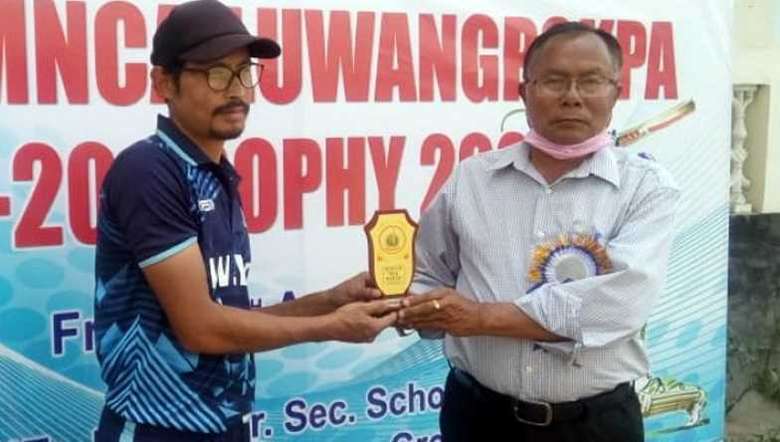 The Reys Nagamapal players showed good reflex while fielding but they could not stop middle order batsman Laxsmon Singh from plundering and smacking his shots of 53 runs from 35 balls to put up 147 runs for 7 wickets from 20 overs. Herokumar made 23 runs while Samurou contributed 13 runs.

Chasing the target, Reys Nagamapal rested Ajit Singh who struck 45 unbeaten runs but fell short of target as they were bundled out for 142 runs for 8 wickets from 20 overs. Jackychan made 22 runs. WYC bowler Tomba grabbed 3 wickets while Laxsmon tok 2 wickets, and later declared the Man of the Match, and Th Priyo with 2 wickets.

As for the other matches at Luwangpokpa Cricket Ground, YWC Langthabal beat MAF, New Lambulane by 40 runs. YWC Langthabal put up 156 runs for 6 wickets from 20 overs with Bikramjit scoring 50 runs and later he claimed the Man of the Match.

MAF, New Lambulane in their reply could manage just 116 runs for 7 wickets from 20 overs with Thangtingou topscoring with 34 runs.