Partial damages were caused to the Kuki Rising Day monolith at C Aisan village by some miscreants. 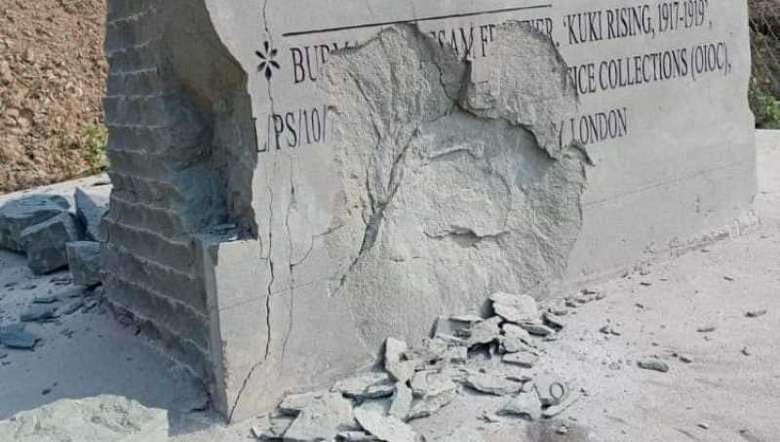 The civil bodies of Saikul have strongly condemned the destruction of the Kuki Rising Day monolith erected at C Aisan village by some miscreants last week ahead of the felicitation ceremony of ‘Kuki Rising Day, October 17’ as a state-restricted Holiday on April 10.

The Kuki Rising Day monolith at C Aisan village was earlier erected as Anglo-Kuki War Centenary Commemoration monolith. However, it was later changed to the Kuki Rising Day monolith. Following the change made on the monolith, unknown miscreants had earlier attempted to break the monolith, partially damaging it and this was the second attempt, causing partial damages again on April 9 evening.

The civil voluntary organizations considered the act as 'very unfortunate' and condemned it in the strongest term while it also considered it as a 'subvert' of Saikul civil bodies and the Kuki community as a whole.

However, in order to evade misunderstandings and to uphold tranquility among the community, the civil bodies provided an opportunity to the unknown destructors of the monolith to surrender before the civil bodies at the earliest so as to bring understanding and compromise in the larger interest of all.