'We want Manipur to be the centre of film preservation' 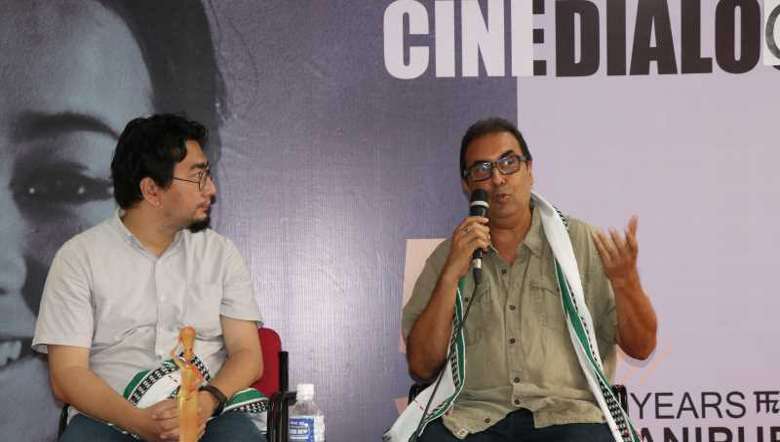 The Cine Dialogue on Monday stressed on the aspects and importance of film archiving and restoration.

The dialogue is being conducted as a part of the ongoing golden jubilee celebration of Manipuri cinema that began on April 9.

Founder director of Film Heritage Foundation Shivendra Singh Dungarpur expressed that people have a wrong conception that only celluloid films are lost. He said that digital films also get lost.

The Cine Dialogue on Monday was moderated by filmmaker and enthusiast of film archiving Johnson Rajkumar.

When Johnson queried about the apparent delay in preservation works, Shivendra said that one major hurdle in film archiving is the outlook of many towards films.

“Many consider cinema as just an entertainment and not as an art form. This is one main reason the archiving and preservation process is somewhat delayed in many places across India,” he said.

He maintained that it is not possible to make good films without a proper understanding of the history of films in one's place in particular and the world in general.

Taking these into consideration, archiving and preservation of films and non-filmic materials associated with films for the future generation is a pressing need, he added.

When the moderator asked about the way forward, Shivendra suggested continuing of 35 mm screening, citing that it is a reflection of history.

“We want Manipur to be the centre of film preservation,” he said.

It may be mentioned that Manipur State Film Development Society and Film Heritage Foundation recently signed an MoU to work together on preserving Manipur's film heritage.

In the Northeast Focus section, Ma'ama by Dominik Sangma from Meghalaya and Nobap by Heisnam Tomba were shown.

The screenings were followed by interactions with directors and producers of the films.

During the post-screening interaction session on Bloody Phanek, Sonia Nepram clarified that the film is centered around only the Meetei Phanek as she believed that she will not be able to do justice if the ‘Phanek’ of other communities are also the subject of the film.

“Instead of superficially bringing the ‘Phanek’ of other communities into the film, each ‘Phanek’ deserves their own in-depth stories,” she said.

While the festival entered its 4th day, there will be no screening or programmes on April 13 and 14 on account of Cheiraoba festival.