A total penalty of Rs 37,200 was collected from the violators under the Motor Vehicle Amendment Act. 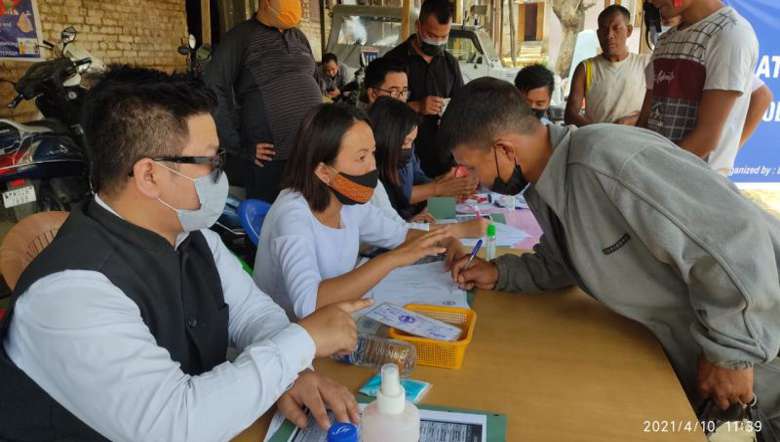 As part of the National Lok Adalat, a Mobile Traffic Lok Adalat was conducted by District Legal Services Authority (DLSA), Churachandpur in collaboration with District Police and Traffic on Saturday.

The session with two benches was presided by chief judicial magistrate and secretary of DLSA Churachandpur, Janggoulen Haokip and advocates, Grace Chiinhoihniang and Lhingneikim.

A total penalty of Rs 37,200 was collected from the violators under the Motor Vehicle Amendment Act, including three Juveniles who were detained and their guardian or parents were summoned but were later released after the penalty. Other violations including those without driving license, insurance and proper documentation of papers and driving without helmet were also penalised during the session. About 32 persons were awarded with certificates of commendation for their honest compliances under the Motor Vehicle Act.

Similar session was held at Churachandpur, where the two benches presided by district judge and chairman of DLSA, N Keertichand Singh and advocates, L Margareth and Lalrinchhana Bawitlung settled a total amount of Rs 50,000 from a bank defaulters of Punjab National Bank.