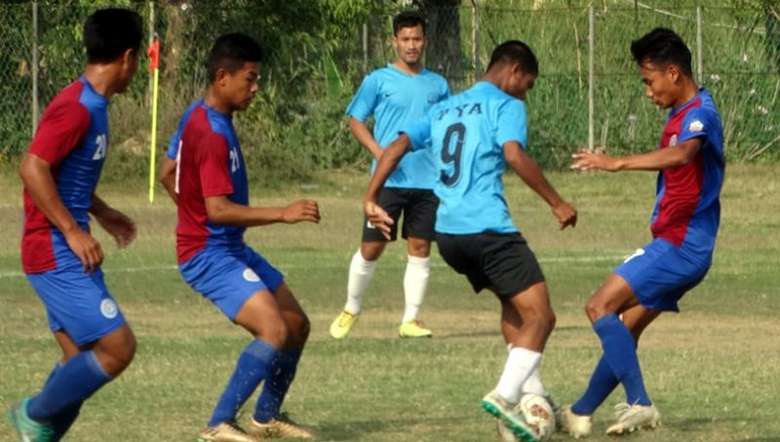 Both the teams had a luckless affair in the first half period, paving way for more die hard approach in seeking the elusive goal.

As raids for dominance increases, both team pounded raids and counter raids, resulting in ESU Wangkhei finding an opening in the 56 minute when Lalkhanlen netted home the opening goal and later it was P Naoba who scored the winning goal in the 76 minute for the resounding victory. ESU player S Sanathoi got a yellow card in the match.

In the First Division Football League, SSC Sekta got the better of Angtha FC by 2-1 goals.

Reduced to a 30 minute in each duration of the game, SSC Sekta made their moves swiftly and leaped ahead when S Thoi came up with the opening goal in the 4 minute. But Angtha FC brought up new challenges as they fetch the equaliser in 28 minute to level 1-1 goals. However, in the injury time of first half, M Ashachandra added new zeal to his teammates with a goal in the first half. But as no goal came forward in the second half, Sekta enjoyed collecting the full point. SSC player W Inaobi got a yellow card in the match.