Laishram was allegedly arrested for organising a protest meeting against the acquittal Lhukhosei Zou who was earlier apprehended with drugs. 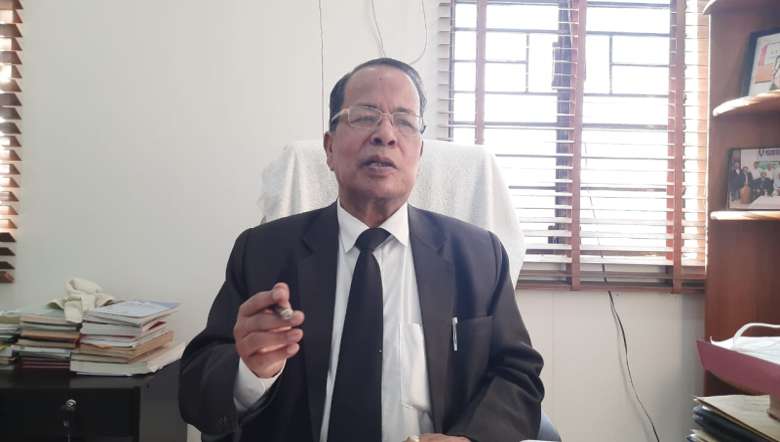 Manipur Human Rights Commission (MHRC) has directed the superintendent of police, Thoubal to submit a status report of the investigation in connection with the arrest of CADA general secretary Sintha Laishram on Wednesday.

MHRC also asked to submit a reply to the allegation made by Human Rights Alert (HRA) executive director Babloo Loitongbam on his complaint against the cops for arresting Sintha without a warrant of arrest. The reply should be submitted before the commission by April 12, MHRC stated.

HRA executive director on Thursday filed a complaint by praying for the Commission’s intervention in connection with the alleged illegal arrest of human rights activist Sintha Laishram. In the complaint letter, the executive director has vehemently alleged inter alia that no arrest memo was issued and his family members cannot meet him.

Sintha is currently detained in the police lock-up in Thoubal police station. It also alleged that the officer-in-charge of the police station is not allowing any meeting with him, without the permission of the SP who cannot be easily approached for contact in the matter.

MHRC registered the case under section 12 of the protection of human rights act, 1993.

Laishram was allegedly arrested for organising a protest meeting against the acquittal of Moreh Autonomous District Council (ADC) chairman Lhukhosei Zou who was earlier apprehended with drugs worth several crores of rupees from his official residence in 2018, the complaint stated.