The MHRC direction was given following a complaint petition filed by the president of Youth’s Forum for Protection of Human Rights. 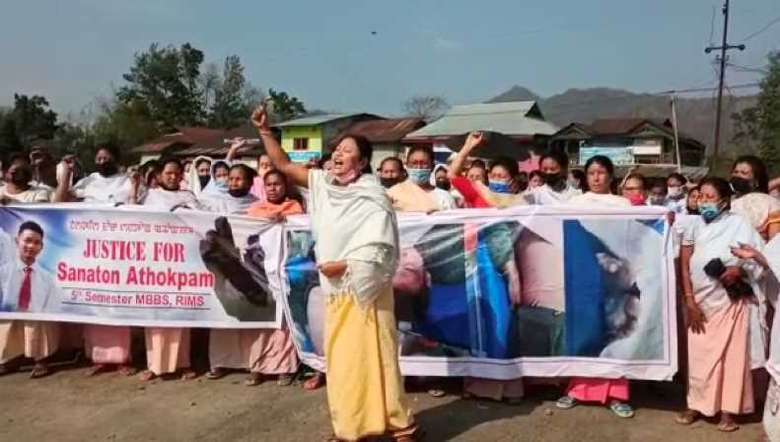 The Manipur Human Rights Commission (MHRC) has directed the Imphal West Superintendent of Police (SP) to furnish a investigation status report of Sanaton's death case along with the post-mortem report on or before April 20.

The direction was given following a complaint petition filed by the president of Youth’s Forum for Protection of Human Rights. The YFPHR pleaded for urgent intervention of the commission in Sanaton's death case.

Meanwhile, irate locals of Khurai on Friday continued to block Imphal-Ukhrul road and Khurai Salanthong road for the second day as a part of the agitation demanding justice for Sanaton who was found hanging in the hostel room at RIMS, Imphal on March 15.

In support of the agitation, a large number of women also staged a sit-in protest at the Sagolmang Community Hall decrying the suspicious death of Sanaton.

According to a release issued by the convenor of the JAC M Loyalakpa, it stated that the agitation of blocking the road will continue until their demands are fulfilled.

The JAC demanded to take up the investigation of the death case by filing an FIR, suspension of the RIMS director and warden of Gents Hostel No 3 of RIMS.