IFP Editorial: Most of the street vendors are women looking to eke out a living with whatever vegetable items they could gather from their ingkhols and localities. 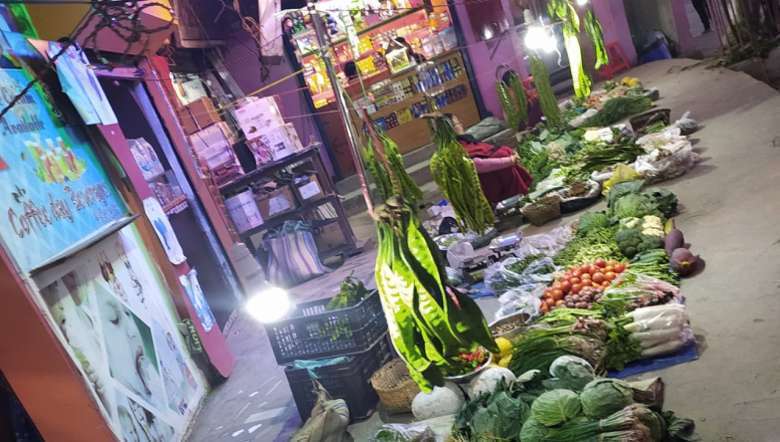 The All Manipur Street Vendors Federation (AMSVF) have called out the state government and municipal authorities for harassing the street vendors day in day out, instead of giving them protection under the Street Vendors (Protection of Livelihood and Regulation of Street Vending) Act, 2014. How could they pay back the Covid relief loans extended to them if they are harassed in such a way? This same question was raised in this space by us a while ago and the state is yet to come up with an answer, while the harassment by police and municipal authorities continue unabated. The state and its agencies simply refused to understand that, it was because of the very harassment that the Union government came up with the idea of having a law to give the street vendors protection.

Street vendors or hawkers exist not only in the state but everywhere. Street vendors are an integral part of urban economies around the world, offering easy access to a wide range of goods and services in public spaces. They sell everything from fresh vegetables to prepared foods, from garments to consumer electronics.

The Street Vendors (Protection of Livelihood and Regulation of Street Vending) Act, 2014 was enacted in order to legalise the vending rights of the street vendors. This Act was brought in consonance with the constitutional provision of Article 14 which states right to equality, and freedom to trade, profession, and business and enshrined under Article 19(1)(g) of the Constitution.

The Act was framed to regulate the vending of the street vendors making a regulatory body for such vending, avoiding congestion on the footpath so that the traffic can be maintained freely. This Act envisaged a responsibility on the state to recognise the rights of the vendors and provide them with social security from any kind of infringement. The term “street vendor” refers to the person who is engaged in selling goods, wares, foods, groceries or day to day use product in the street, lane, footpath, pavement, footpath, public park or any public place having his/her temporary construction which deems suitable for any kind of vending activities to be carried out properly. Municipal authorities are required to declare ‘vending zones’ after due survey of the street vendors.

The term ‘vending zone’ means any kind of area set by the local authority on the recommendations of the Town Vending Committee and such area shall include pavement, footpath, embankment, sidewalk, street lane or any public place which is considered for the purpose of street vending. We understand that, the state MAHUD directorate had already completed the survey of street vendors in Imphal and outlying areas including most of the municipalities. Yet, it is still to come up with a definite plan of giving protection to the street vendors like for instance issuance of vending licences or declaration of vending zones where they could be provided space without hindering public movement or traffic and most importantly harassment. We also understand that, the vendors of three Women Markets have strong objection to street vendors hawking their wares in their vicinity saying that they are robbed of their customers by street vendors. It is mostly through their complaints that the street vendors are being repeatedly chased away. However, their grievance stops right at the Naga and Nambul rivers. Beyond the rivers, the police and municipal agents can always regulate the street vendors as per Covid protocol. And it should not be forgotten that the same blood and fury runs in the veins of street vendors as those of main Market vendors. Besides a few professionals, most of the street vendors are women looking to eke out a living with whatever vegetable items they could gather from their ingkhols and localities. We need to respect that.

One interesting suggestion which comes up now and then on the plight of street vendors is for accommodating them in new upcoming women markets. This goes against the logic of the term ‘street vendor’ and the very concept. If such a suggestion is taken to task, the number of street vendors will keep on increasing manifold.