Nagaland chief minister said that establishment of Staff Selection Board, removal of VIP culture, improved e-governance and use of technology to combat governance challenges remain at the core of the government's initiatives. 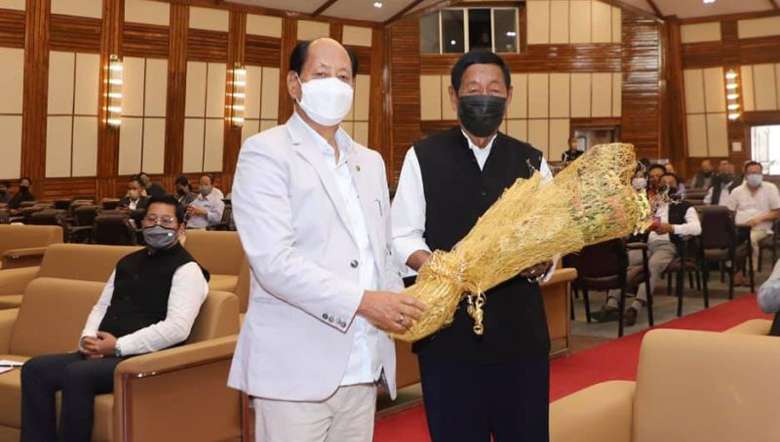 Nagaland Chief Minister Neiphiu Rio on Tuesday said that to deliver good governance under the spirit of transparency and justice is an important agenda of his government.

Rio said this on the occasion of 'thanksgiving programme' on the completion of three years of the People's Democratic Alliance (PDA) Government of Nagaland. The event was held at the State Banquet Hall, Chief Minister's residential complex in Kohima on Tuesday.

The chief minister said that efforts like the establishment of the Staff Selection Board, removal of VIP culture, improved e-governance and use of technology to combat governance challenges remain at the core of the government's initiatives.

"The thanksgiving service is significant because it came on the backdrop of the completion of three years of PDA government," Rio stated. He also said that while progressive achievements were made, the government has been bogged down with an entire year of battling the global pandemic. He commented that the remaining two years of the government tenure is most crucial and important in fulfilling the promises of the manifesto and the Common Minimum Programme.

Rio congratulated H Chuba Chang for being elected unopposed adding that it will be his 5th time entering the Nagaland Legislative Assembly from the Noksen assembly constituency under Tuensang district. He also expressed his gratitude especially to the intending candidates unanimously abided by the party principle of supporting the official candidate who was given a ticket. Rio added that through it, an excellent precedent has been set and party discipline has been exemplified and congratulate all those who played a contributing role in securing this uncontested victory.

Rio then urged the ministers and elected members and rank and file of the party organizations to rededicate towards the service of the people. Rio also reminded all that there is a need to make concrete efforts to ensure that the policies and programmes of the government reach the targeted sections in letter and spirit. Rio further said that people have enormous expectations upon the government and our responsibility is to reach governance to the doorsteps of "every household and each one of us must make sincere efforts towards realization of this aspiration".

Deputy Chief Minister Y Patton in his short speech stated that the PDA government is committed for good governance and for all round development of the State. He also congratulated the newly elected MLA, H. Chuba Chang on behalf of the PDA government and expressed hope that with his vast experience in Naga politics will be valuable and help the PDA government to grow stronger and scale greater heights.