Manipur gears up to implement NEP-2020, awareness programme to be held in 45 colleges

Manipur Education Minister Sorokhaibam Rajen Singh said that the state government is in full swing to gain the advantages of recently launched NEP 2020. 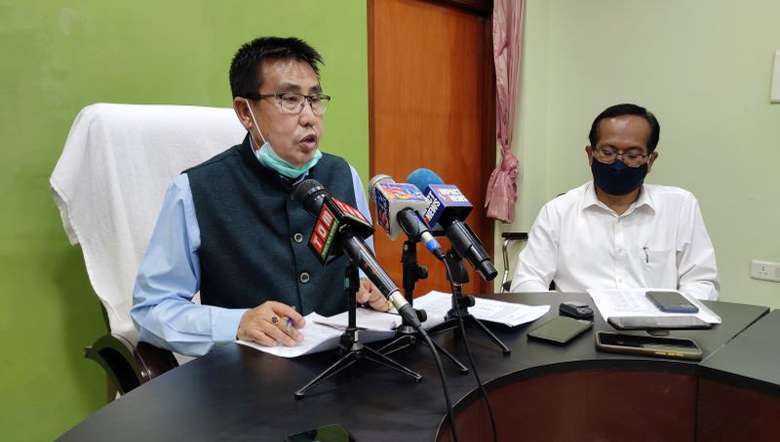 An awareness programme on NEP 2020 will be held in 45 colleges of Manipur to implement National Education Policy (NEP) 2020 effectively in the state, Education Minister Sorokhaibam Rajen Singh announced on Tuesday.

Manipur being one of the states with limited resources in the country, improvement of the state’s human resources is highly needed, Rajen said in a press conference held at his office chamber.

The minister said that the state government is in full swing to gain the advantages of recently launched NEP 2020 through effective implementation as the comprehensive framework of this policy helps in bringing tremendous changes in the education sector.

Rajen further said that a state level panel discussion on NEP 2020 was recently held in the state. In continuation after the government's approval, an awareness campaign on NEP 2020 is going to be launched from April 7 to 16, he mentioned. Such awareness programmes will be held in 45 colleges of the state including both government and government aided colleges on different days.

While appealing to all people of the state to attend the one-day sensitization programme to be held in 45 colleges, he said that the objective of effective implementation of NEP 2020 would not be possible without support and cooperation from the masses.

The colleges should inform teachers, parents, guardians, elected representatives, academicians, community leaders and other educational stakeholders at local level for participation in the said sensitization programme, he added.

Concerning the colleges in the state having poor National Assessment and accreditation Council (NAAC) grade, he said that seminars on NAAC, National Institutional Ranking Framework (NIRF) and All India Survey on Higher Education (AISHE) is going to be commenced from April 8 to 17 with an aim to improve NAAC grade of all the colleges. The programme will also be carried out in all the 45 colleges.

The minister further said that all the colleges in the state except Don Bosco Maram have less than 3 CGPA (Cumulative Grade Points Average) given by NAAC.

“Increase of NAAC grade is highly essential because having poor grades would not deliver any funding from the Central government. Therefore, collective efforts from various stakeholders, particularly college authority is necessary. Without having enough funding, development in the colleges will be crippled,” he said while appealing to all to attend the seminar without fail.