Supporters of Samarjit shouted slogans in favour of him even as a police team escorted the separatist leader from the Imphal airport. 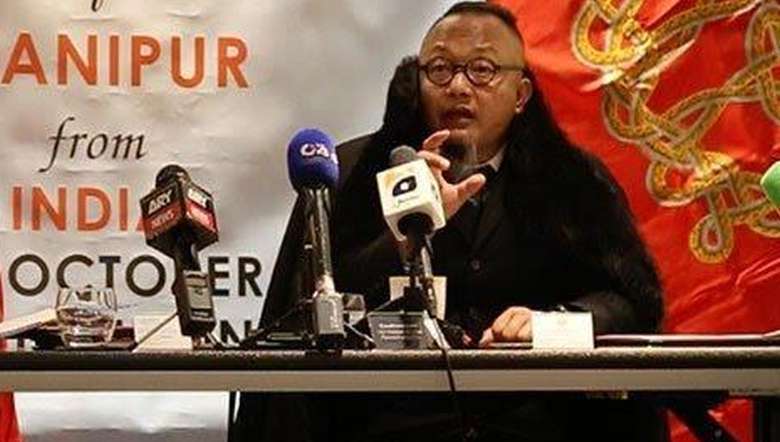 Seven persons who were arrested for shouting slogans in support of separatist leader Narengbam Samarjit on his arrival at the Imphal airport were released on bail by the Court of Chief Judicial Magistrate, Imphal West on Monday by furnishing of PR bond Rs 50, 000 each.

Police took up a suo-motu case under section 124-A/153A (b)/353/505(1)(b)/34 IPC registered against them. They were produced before the Duty Magistrate and remanded into police custody till Monday.

Along with the seven persons, Police had also arrested two others namely Narengbam Biswajit and Mayanglambam Tolenjao Singha. The court on Monday remanded them into judicial custody for fifteen days till April 19.

In the police report, it is stated that Narengbam Biswajit is the elder brother of Narengbam Samarjit. It stated that Biswajit and his family knew about the arrival of N Samarjit at Delhi on March 24 and were even aware of his activities regarding the declaration of forming the Manipur State Council.

Further, Mayanglambam Tolenjao is the post general secretary of North East India Development Party (NEIDP), it mentioned. He was invited to join the separatist activities by N Samarjit, it stated, adding Tolenjao along with the other two persons visited London and attended the declaration of Manipur State Council on October 29, 2019.

It may be mentioned that supporters of Samarjit shouted slogans in favour of him even as a police team escorted the separatist leader from the airport.

Last Tuesday, the NIA filed a charge sheet against the five accused persons, including Samarjit and Yambem Biren, at the NIA Special Court, Manipur.

They were charged under Sections 120B and 420 of the Indian Penal Code and Sections 13 and 17 of the Unlawful Activities (Prevention) Act, 1967.