Rajen said that government schools are also not lesser in comparison with the private schools. 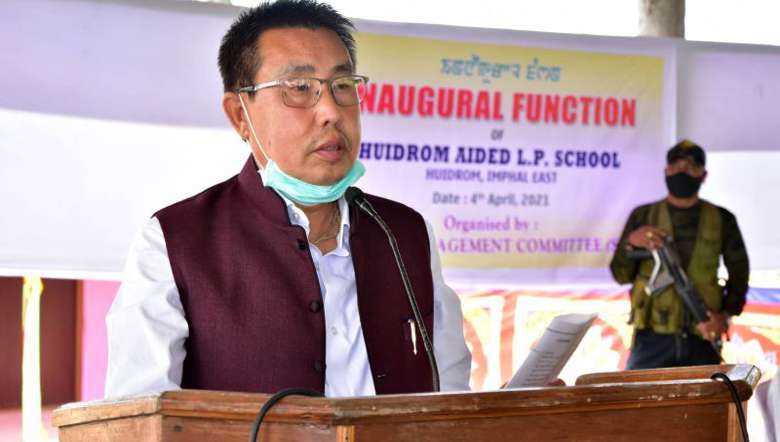 Manipur Education Minister S Rajen Singh on Sunday said that the government has launched National Education Policy, NEP-2020 with a vision to build a stronger nation.

Speaking as chief guest at the inaugural function of Huidrom Lower Primary School in Imphal East, Rajen said understanding the necessity of improving education sector of the country, NEP was launched by Prime Minister Narendra Modi in 2020.

Improving and proper functioning of government schools is very much necessary, he said, adding people particularly in the rural areas can hardly afford for the education of their children in private schools with their very low income.

The education minister said that the state has also launched School Fagathanshi Mission with the objective to improve education system of the state as well as to reduce school dropout students. The government has also been providing free education to the children up to the age of 14, he mentioned

Government schools are also not lesser in comparison with the private schools. Registering of students to government schools has been increasing during the recent years, he added. He maintained that the State Task Force and sub-task force have been constituted for the successful implementation of the National Education Policy. A grand awareness programme had also been organized on NEP at City Convention Centre to propagate awareness on NEP.

District and sub divisional level awareness programmes on NEP will also be organised, he added. The minister also assured to upgrade the Huidrom LP School to Primary School. He also appealed to the locals of Huidrom to send their children to government schools. Minister Rajen also instructed the teachers to render their service with sincerity.