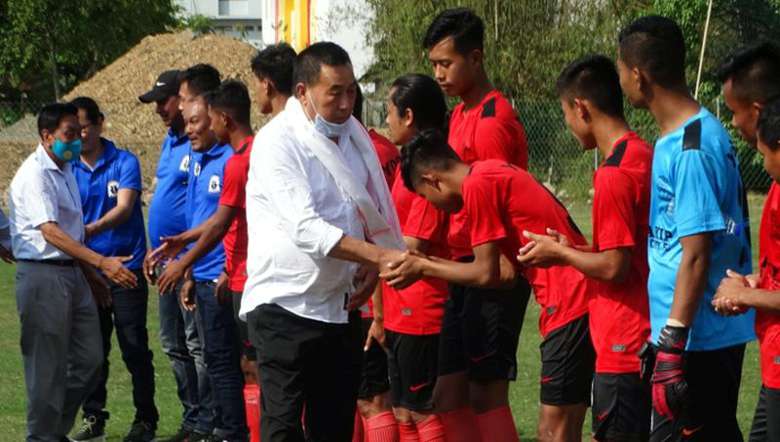 The match proved to be hotly contested affairs in the first half play with none of the team providing any loose end. However just before the first half whistle, SSC team surprised its opponent with a quick goal from Hitler in the 45+2 minute for the lead.

YOSC increased the pressure and made several unsuccessful raids and at the same time, SSC Porompat frontline player was ever on the prowl and it proved effective when Grimson converted their second goal in the 59 minute to dictate terms in the match.

With the goal, SSC made occasional raids and gave priority to its defence and held till the end for the victory. Two YOSC players, U Romeshchandra and Y Romadatta got yellow cards in the match for dangerous play from the referee.