The court directed the investigating officer of the Kakwa firing case to produce the accused before the state medical board and submit a report at the next hearing. 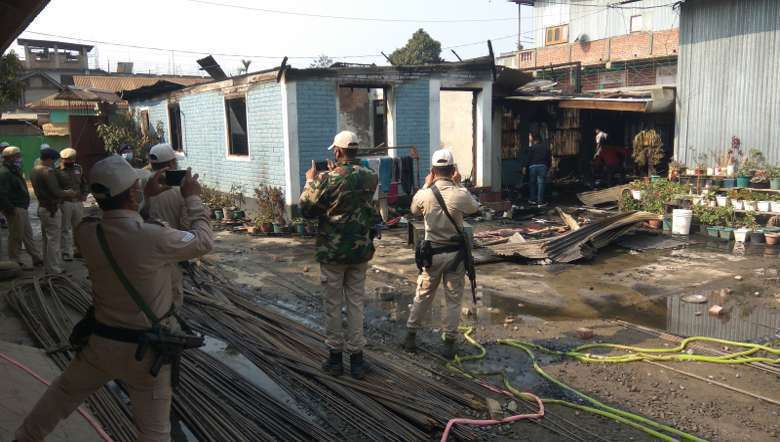 Chief Judicial Magistrate, Imphal West on Saturday rejected the bail prayer of six accused in connection with the Kakwa firing incident of February 28, leading to the death of a minor boy and injury of seven others.

On Saturday, the court heard the submission from additional public prosecutors and counsels of the accused. The court stated that it has considered the nature of the offence and the impact given towards society due to the act of directly opening fire towards a crowd without even giving a chance for the mob to disperse by shooting a blank fire, and therefore, the prayer for releasing the accused persons on bail was rejected.

The court, however, observed that accused Longjam Langkeshwor’s condition is different from the rest as he was ill and medically examined at RIMS hospital and JNIMS hospital on a few occasions. The medical report from MCJ Sajiwa was submitted and as per the report, the accused person’s ailment was seemingly serious in nature, the court stated.

The court after hearing the submission of the additional public prosecutor, directed the investigating officer of the case or jail authority to extend all possible medical care and services to the accused by lodging him into a security ward of JNIMS hospital.

Further, the court directed the investigating officer of the case to produce the accused before the state medical board and submit a report at the next hearing.