The rehabilitation and reformation centre will be run with full infrastructure along with specialist doctors for treatment. 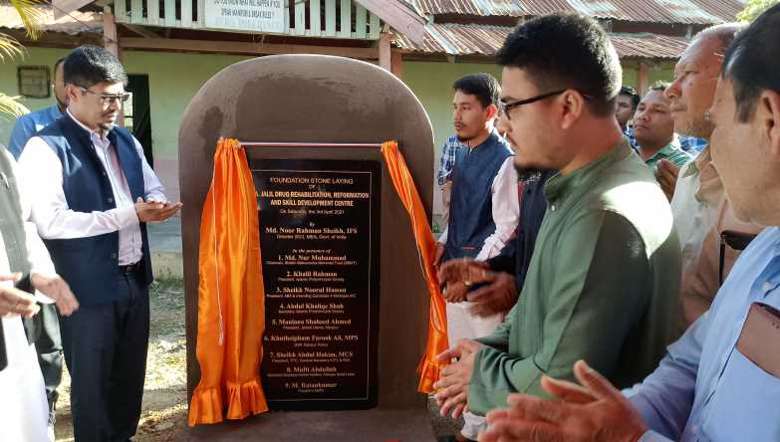 The foundation stone laying ceremony was held under the initiative of Sheikh Brothers, aiming to help in coping with the drug issues in Kshetrigao assembly constituency.

At the occasion, Noor Rahman said that the school ‘A Jalil High School’ was once a highly popular school among the schools in Kshetrigao assembly constituency. Since the past few years, the school has stopped running. The charity which ran the school has handed it over to the trust of Sheikh Brothers to be used for the welfare of people, he said.

So, taking the opportunity to use the free spaces in the school and looking into the issues of drug users in the assembly constituency, the Sheikh Brothers has decided to establish a rehabilitation and reformation centre for drug users and skill development with the hope of giving a new life to the users, he said.

He said drug addiction is a very serious issue though it would not be much of a challenge if the users are willing to fight. The rehabilitation centre will not only treat the users to stop them from indulging in drug abuse but the skill development will also support them for a living, he added.

He urged the people to cooperate on dealing with drugs related issues and bringing the drug users back to normal lives.

The foundation stone laying ceremony was attended by Sheikh Brothers, leaders of the assembly constituency and the moulvi.