Train Tragedy: Taiwan thanks India for expression of sentiment and support

In Taiwan's worst rail disaster in almost four decades, 48 people died and 66 others suffered injury after an express train with almost 500 aboard derailed in a tunnel on Friday. 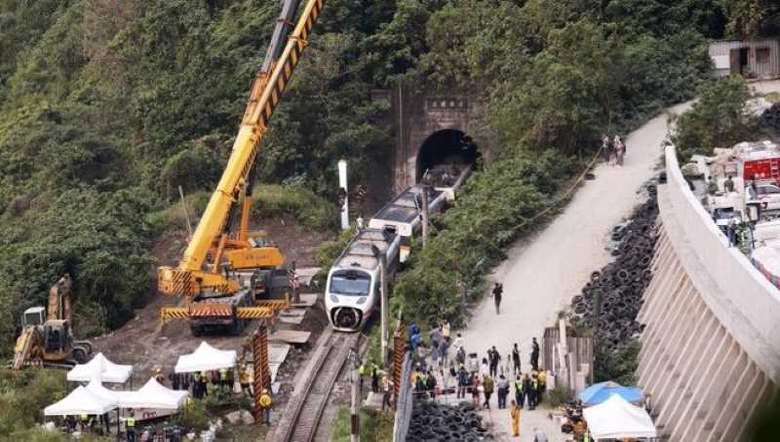 Taiwan has thanked India for the expression of sentiment and support it extended on the tragic death of 48 people and injury to 66 others after an express train with almost 500 aboard derailed in a tunnel on Friday, in the island's worst rail disaster in almost four decades.

Earlier, India's Minister of External Affairs official, Arindam Bagchi tweeted, "We are deeply saddened by the loss of so many lives in the railway accident in Taiwan. Our deepest condolences to the families. And our prayers for the early recovery of the injured."

The train, travelling from Taipei, the capital, to the southeastern city of Taitung came off the rails after apparently hitting a truck that had slid off a road from a nearby construction site at Hualien County in Eastern Taiwan.

The official Central News Agency said the truck was suspected to have slid off the sloping road into the path of the train, as its handbrake had not been engaged. It added that police had taken in its driver for questioning.

The accident came at the beginning of a long weekend for the traditional Tomb Sweeping Day holiday.

According to a tweet by DPA News Agency, 51 people died and 188 others were injured in the rail accident, according to official statistics.

Taiwan is a country of almost the size of Kerala, having a population of 23 million. China considers it a part of its territory.