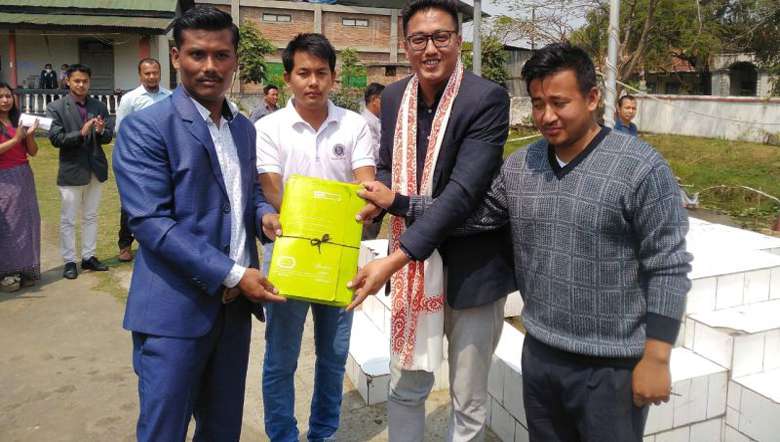 Newly elected office bearers of the All Manipur Students’ Union (AMSU) for the session 2021-2023 took oath at its office, DM University Campus, Imphal on Friday.

Speaking to the media at the sidelines of the function, newly elected president Haobijam Chalamba Meitei announced various policies and programmes to be taken up during this tenure for the welfare of students’ communities.

He said that the union has been working tirelessly for the development of the education sector and taking part in various social issues from time to time since its inception. The union has sorted out various policies and programmes which will focus in coming days during his tenure.

Another plan is to open evening schools or colleges for the poverty stricken students, who are busy earning money during day time, he added. He also laid stress on monitoring the commercialization of the education sector in the state.