Save Heirok River campaign kicks off

The National Green Tribunal has declared six rivers of the state as most polluted and Heirok River is one among them, TPFSE Heirok secretary N Bijen Meitei said. 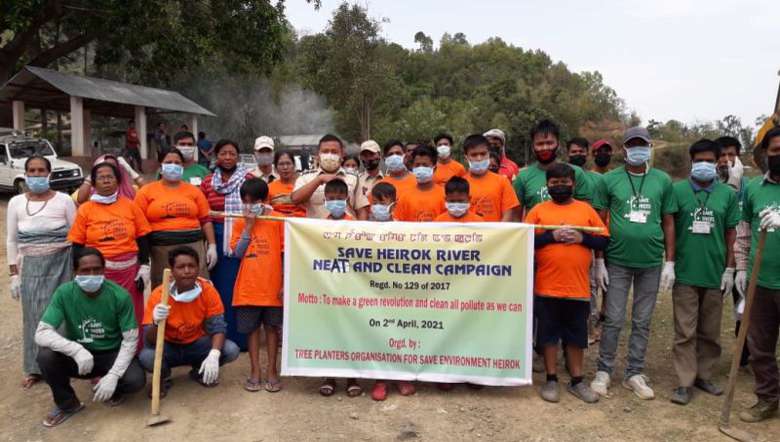 'Save Heirok River' campaign, a cleanliness drive along the Heirok River stretch organised by Tree Planters Organisation for Save Environment (TPFSE) kicked off on Friday.

The campaign was flagged off by the officer-in-charge of Heirok Police Station at Heirok Part (ii) Chingol area where cleanliness drive was begun.

Taking part in the campaign, secretary of TPFSE Heirok N Bijen Meitei said that the present condition of Heirok River is very unpleasant. The National Green Tribunal has declared six rivers of the state as most polluted and Heirok River is one among them, he informed.

Bijen lamented that the villagers who are residing at both sides of the river have been regularly throwing out waste materials like plastic bottles and others and this has led to the pollution of the river. “To keep the river neat and clean, the team has organised the campaign, and we must join hands together to save the Heirok River,” he added.

Bijen also lauded Heirok PS team and the village women for extending moral support and participating in the drive.

The organisation further extended gratitude to Ningthoujam Mahabir, a resident of Heirok Part (ii) for lending a JCB during the drive. OC of Heirok PS, N Premjit lauded TPFSE Heirok for timely action. He also briefed about the importance of rivers to human mankind.