Samarjit was arrested in Delhi on March 25 in connection with the ‘Manipur government in-exile case’ and was brought back to Imphal on March 29. 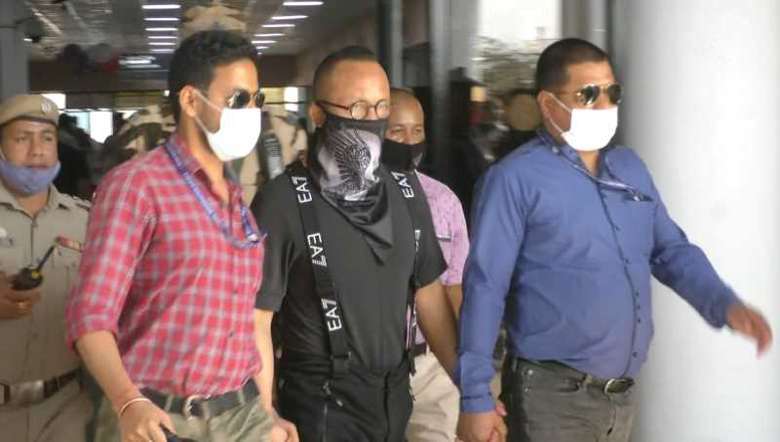 The National Investigation Agency (NIA) brought back Samarjit, who is also the founder director of Salai Group of Companies, from New Delhi to Imphal on Monday.

Samarjit was arrested in Delhi on March 25 in connection with the ‘Manipur government in-exile case’. After the arrest, the NIA had produced him before the Principal District and Session Judge, Special Court (NIA), Patiala House Court, New Delhi on March 26 along with a prayer for transit remand of six days, which the court granted till March 31.

While producing him before the Special Court NIA, Manipur on March 31, the counsel of the accused filed an application of releasing him on bail. But the special public prosecutor (NIA) prayed for remanding him into police custody for 15 days with a prayer to retain the articles seized from the possession of the accused at the time of arrest.

The court after hearing the submission remanded the accused into 13 days' police custody and allowed to retain the articles seized from him, and fixed April 12 for further hearing. The bail application will be considered on April 12.

The NIA was alerted about Samarjit because of his “separatist stance of a de-jure Manipur government based in London” along with Yambem Biren, who proclaimed himself as the de-jure chief minister of Manipur. Both have been taking provisional asylum in London since 2020.

On March 23, the NIA filed a charge sheet against Yamben Biren and Narengbam Samarjit and their associates Narengbam Biswajit Singh, Elangbam Brojendro Singh, and Akoijam Deepa Anand under the Indian Penal Code and the Unlawful Activities (Prevention) Act. Further non-bailable warrant of arrest was issued against N Samarjit and Yambem Biren.

It stated that during the investigation of the NIA, it revealed that Salai Group was indulging in a Ponzi scheme, money circulation and the scheme being unsustainable, N Samarjit who is the chairman of the Salai Group, fled to London with the depositors’ money and announced Manipur's independence from India.