The 30 constituencies for which the second phase of polling in West Bengal included nine seats each in Purba and Paschim Medinipur districts, eight in Bankura and four in South 24 Parganas. 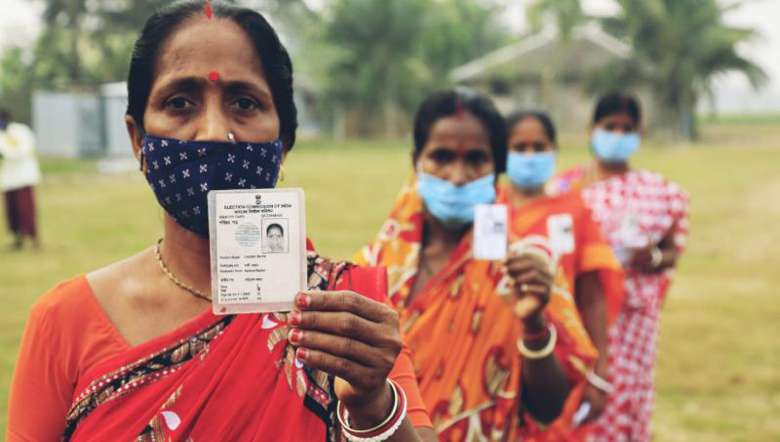 The second phase of polling in 30 constituencies in West Bengal elections is underway amid tight security and strict adherence to COVID-19 protocols. Over 75 lakh voters are expected to decide the fate of the candidates in the fray, sources said.

The Chief Election Commissioner said that 75,94,549 voters will exercise their franchise in the second phase of polling in 10,620 polling stations spread across the 30 constituencies.

The polling on Thursday began at 7 am and will continue till 6.30 pm. As the polling began, Prime Minister Narendra Modi called upon the people to vote in large numbers in the second phase of Assembly polls in West Bengal.

"Urging the people of West Bengal in whose seats there is polling taking place today to vote in record numbers," Modi tweeted.

"As the voting for the 2nd phase begins in West Bengal, I appeal to everyone to vote in large numbers. Your one vote can bring decisive change. So, come out and vote for a safer and prosperous Bengal," Amit Shah tweeted.

The Trinamool Congress (TMC) is contesting all the 30 seats. Chief Minister Mamata Banerjee is contesting from Nandigram against BJP candidate Suvendu Adhikari. Adhikari, who was earlier with the TMC shifted to the BJP.

While the Bharatiya Janata Party is also contesting all the 30 seats, the CPI-M is in the fray in 15 constituencies and its alliance, the Congress party is contesting in 13 seats and the new political outfit Indian Secular Front (ISF) has fielded candidates for two seats. The ISF was roped in by the Left Front to counter the All India Majlis-e-Ittehad-ul-Muslimeen, according to reports.

The votes for the elections being held for the 294 state assembly seats in eight phases will be counted on May 2. The first phase of the polling for 30 seats spread across five districts was held on March 27 with 80 per cent voter turnout.

Meanwhile, the Central and state security forces have been deployed in as many as 10,620 polling booths that were declared sensitive by the Election Commissioner.