The sting of factionalism eroding BJP in Assam and West Bengal

Notwithstanding the mirror and smoke tricks that Amit Shah conjures to mesmerize the media and the electorate, reality has a way of exposing the true sartorial status of the emperor. 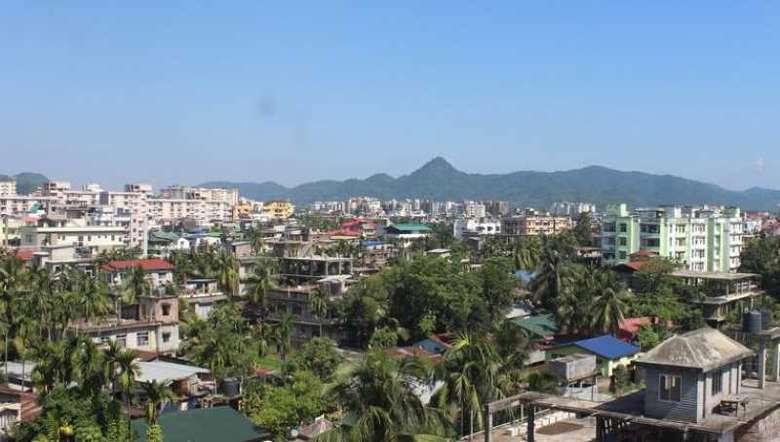 Hyperbole seems to have substituted strategy in BJP's political thinking at least in eastern and north eastern India. Consider the stunning claims being made by the top echelons of BJP leadership.

Amit Shah, who is projected as a modern day Chanakya by his acolytes, did not only make an outlandish claim of winning over 200 seats in the Bengal assembly election 2021, but also exhorted party workers to repeat the claim (abke baar do sau paar) even in the face of public incredulity. An even more incredible claim of winning more than 100 seats in 126-member legislative assembly of Assam has been repeated from several public fora.

While discussing the erosion of the demarcation between fantasia and reality how can we ignore the stunning claim of CM Tripura Biplab Kumar Deb. Being no stranger to the outlandish.

Biplabh Deb in a public meeting on 14 February 2021, claimed, “Amit Shah, who was then the BJP national president, had told us that the party was planning to expand its footprint and establish it’s rule in Nepal and Sri Lanka during a close interaction with several leaders at the state guesthouse here”.

Deb further informed East Mojo, “We were talking in the state guest house when Ajay Jamwal [North-East Zonal Secretary of BJP] said that BJP has formed its government in several states of India. In reply, Shah said, “Now Sri Lanka and Nepal is left. We have to expand the party in Sri Lanka, Nepal and win there to form a government”.

It's pertinent to recall that the forthcoming assembly elections in 2021 were a significant subject matter of Biplab Deb where he is reported to have proclaimed, “The people of West Bengal will bid goodbye to Mamata didi as Modi and Shah have reached Bengal. The flip-flop of CPM and Congress in Kerala will be over this time because BJP is all set to come to power there. The government in Tamil Nadu would not have formed without BJP. The lotus will bloom across the country.”

Method behind the madness of the hyperbole

To understand this recourse to hyperbole one has to take into account the anticipated loss of parliamentary seats owing to the peasant disquiet against the farm laws. Even the most sanguine BJP partisan grudgingly admits to the demise of the part organizational structure in Punjab, Haryana, Western UP and in North Rajasthan.

Being a party that measures its success primarily in terms of electoral victory, recouping the anticipated loss of parliamentary seats in the aforementioned regions has become an obsession of the Modi-Shah led BJP. Hence the desperate tactics and the outlandish claims becoming a feature of this edition of assembly elections.

Notwithstanding the mirror and smoke tricks that Amit Shah conjures to mesmerize the media and the electorate, reality has a way of exposing the true sartorial status of the emperor.

Reports from the state-based newspapers underscore that BJP seems to be imploding under the weight of its internal contradictions in West Bengal and North eastern states of India. Open conflicts between the old and the 'new' BJP (read defectors from rival parties) in Bengal has been covered even by the print and visual media of North India.

There is, however, considerable ferment within the organization even in Assam and Tripura. In Assam, since mid-March 25 leaders have been expelled from the party for fielding their candidature against official party nominee. Seven of those expelled were leaders who contested the polls in the first phase of Assam assembly elections. In Tripura 11 party leaders were expelled for contesting as independent candidates in Tripura Autonomous District Council elections 2021.

The challenge posed by the rise of regional politics

Evidently all's not well with the world's largest party or as Marcellus would have exclaimed, "Something is rotten in the state of Denmark. " There is a further sting in the tail that will give BJP strategists sleepless nights. It's of immense political significance to note that the erosion of the organizational structure is most pronounced in states that have very strong tradition of regional politics.

Admittedly it is too early to predict whether this rise of regional current in politics will halt the BJP juggernaut, nevertheless it is important to prognose that BJP'S rise as the largest political force lay in its ability to expand beyond its traditional base of Hindi heartland into areas that were erstwhile strongholds of regional politics.

It is also important to recall that the splintering of INC into regional political formations was in a large measure responsible for its declining political clout.

The tricky race between coronavirus variants and vaccines