The prime minister also equated the LDF with the opposition Congress-led UDF, saying both are different only in name. 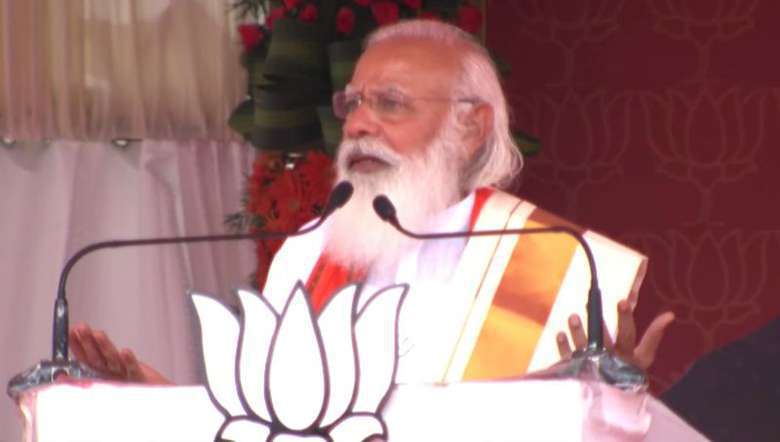 Modi slammed the LDF over the gold smuggling scam and said, "LDF has betrayed the people of Kerala for a few pieces of gold just as Judas did to Lord Jesus for few pieces of silver".

The prime minister also equated the LDF with the opposition Congress-led UDF, saying both are different only in name.

"The worst-kept secret for many years has been the ‘match-fixing’ between Congress and the Left. In Kerala, one loots for five years and the other loots for another five years. In West Bengal, they are one. In UPA 1 and 2, they were partners," PM Modi said.

The prime minister further said that E Sreedharan has devoted himself for the progress of Kerala. The Metro Man thought beyond power and stood firm on his commitment to Kerala as a true son of the state.

The Bharatiya Janata Party has fielded 88-year-old E Sreedharan in Palakkad as a possible chief ministerial candidate for the upcoming state assembly polls.