Owing to the COVID-19 pandemic and following the safety measures and restrictions imposed by the government for the welfare of all, the celebration this time around is low key. However, here are seven fascinating facts about the festival. Know all about it. 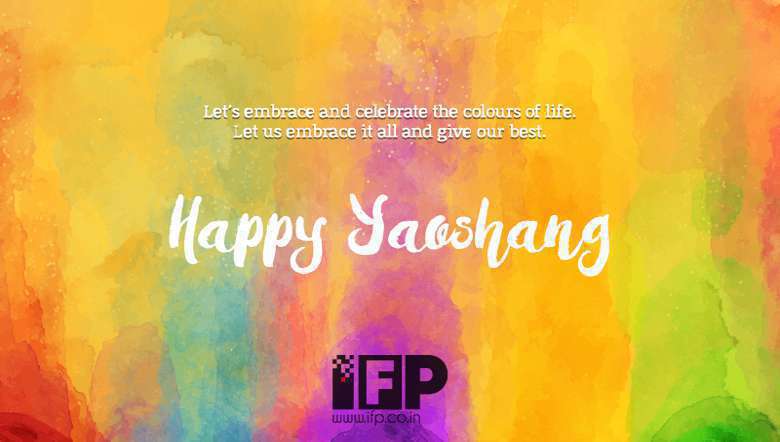 Yaosang Festival is one of the most important and popular indigenous traditional festivals of the Meetei community in Manipur, which is marked with vibrancy and great joy. The locals engage in feasting and dancing under the moonlit night called Thabal Chongba during the celebration of this festival of merrymaking. With time, the festival has evolved and assimilated certain practices of other cultures such as playing with colours which is a part of the Hindu festival Holi. In recent years, there has been a trend of channelling the festive energy towards sporting events to spot out talents at the grassroot level, which is in line with the rich sporting spirit of the Meeteis.

Owing to the COVID-19 pandemic and following the safety measures and restrictions imposed by the government for the welfare of all, the celebration this time around is low key. However, here are seven fascinating facts about the festival. Know all about it.

1. The Yaoshang festival ushers in the joy of spring and is traditionally celebrated for five days in the spring season. The festival begins on full moon of Lamta,the last month of the Meetei Lunar calendar (March 28, 2021).

2.Yaosang means a hut made of bamboo and the festival begins just after sunset in every village with the Yaosang mei thaaba, or burning of the straw hut by the locals. Then the children go from house to house collecting monetary donations, called Nakatheng.

3. As a part of the ritualistic celebration during the festival, locals perform sankritan in the Govindagee Temple located in Imphal-East district of Manipur on the second day.

4. On the second and third days, girls go to their relatives for Nakatheng and block roads with ropes for collecting money. The collection of this money is used for the purpose of making merry and enjoying.

5. On the fourth and fifth days, people playfully pour or splash water on one another. A number of sport events like tug of war and football are also organised on this occasion.

6. Apart from feasting in each household, local delicacies are also shared with the neighbours during the festival.

7. Another more popular and important feature of the festival is Thabal chongba i.e. dancing in the moonlight. Young boys and girls from various places come to the festival site in each leikai (locality) and dance into the night in big circles, holding hands, to the beat of traditional drumming.

The government, however, has banned Thabal Chongba during the Yaoshang Festival 2021 in view of the COVID-19 pandemic.

No activity involving person-to-person contact such as ‘Thabal Chongba’ or ‘Jatrawali’ shall be permitted, although ‘Yaoshang sports’ may be organised subject to observation of relevant SOPs, the state government announced on March 10.

The order issued by chief secretary Rajesh Kumar stated that the festivities of Yaoshang are likely to increase human interaction and physical contact which is not conducive to the second wave of COVID-19 infection being experienced in some states such as Maharashtra, Punjab, Delhi and Chhattisgarh.

Yet, do not let your spirits down. The cold winter days have gone. Spring is in the air. Usher in the joy of the spring season with the celebration of Yaoshang and strengthen the bond of love and harmony among the people in the state. Happy Yaoshang!