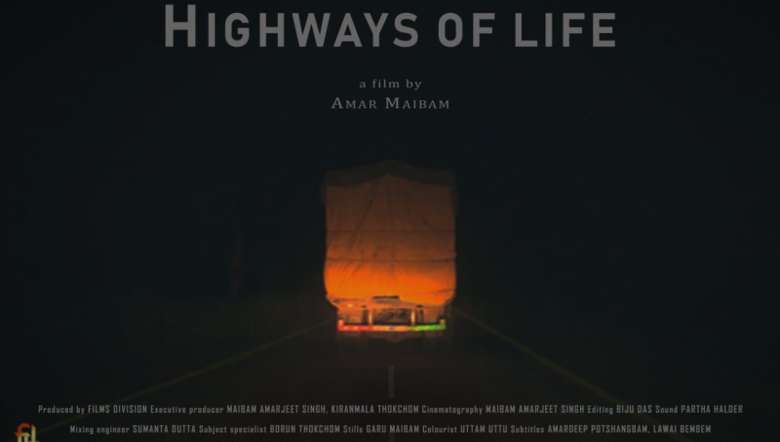 Another feather was added to the cap of Manipuri film maker Amar Maibam as his documentary film ‘Highways of Life’ was adjudged one among the two winners of ‘Cinema of Resistance’ Award in the SiGNS Festival, 2021.

‘Moving Upstream: Ganga’ by Shridhar Sudhir is the other winner of the ‘Cinema of Resistance’ Award.

The ‘Cinema of Resistance’ Award is given for the best short feature/documentary on subjects like state oppression, human rights, environmental issues, gender equality, social/cultural identity etc.

The awards were announced on Saturday on the concluding day of the festival that began on March 16.

As updated in the website of SiGNS Festival, ‘Highways of Life’ was selected for the award for the commitment to documenting the lives of ordinary people to give a deeper understanding of the ways in which broad political policies and actions impacts and shapes the daily struggles of life.

The film follows a truck driver through his days and nights of driving across highways with the backdrop of a dramatic and long lasting blockade in the state of Manipur. There is a rigor and sensitivity with which the filmmaker observes the anxieties and vulnerabilities of a man trying to support his family while negotiating difficult circumstances. The film allows the audience to empathise and understand the Manipuri truck driver’s precarious life of labour and longing for his family and home.

SiGNS is a festival in India for digital videos featuring national level competition for documentaries and short fiction for the prestigious John Abraham National Awards.

John Abraham Awards was instituted in 1999 by the Kerala Region of Federation of Film Societies of India in memory of John Abraham, the filmmaker who was the guiding spirit behind radical initiatives for people’s cinema.