Initially, Walkhu village with 26 households had a temporary school which was set up by the village chief at the Aganwadi centre. 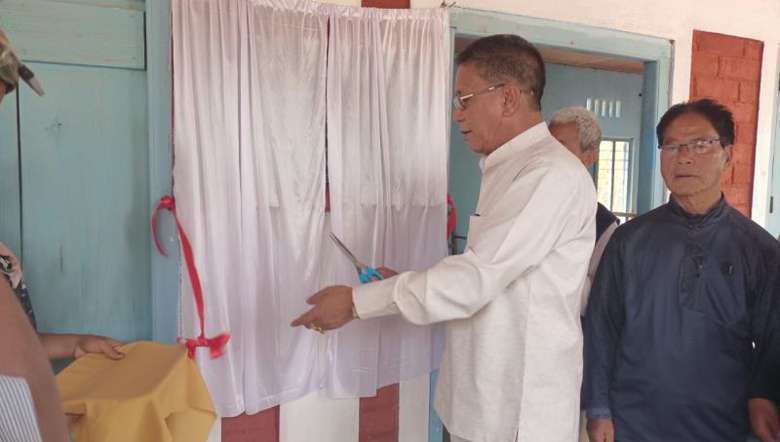 After almost 27 years of existence with no government school, a primary school was finally set up in the remote village under Sangaikot sub-division. A government school named as Walkhu Primary School was inaugurated in Walkhu village on Saturday by MLA Ginsuanhau Zou accompanied by the concerned SDO Zousanglur and officials from ZEO, Churachandpur.

The school was constructed under SSA/RTE 2017-2008 fulfilling the basic requirements of a school with kitchen and spacious classrooms. The government is yet to employ teachers in the school.

Initially, Walkhu village with 26 households had a temporary school which was set up by the village chief at the Aganwadi centre. Only one teacher was employed in the school by the village authority with their own expense and it had 18 students.

Village chief Thangkholun Touthang extended his gratitude to the MLA for making the village free from the issue of deprivation of proper education among poor students.

During the inauguration programme, Ginsuanhau Zou said that the school building was constructed with dedication and a sense of belongingness unlike other schools under SSA. He also provided a solar lamp for 20 students and assured for more solar lamps in the coming days. He further said that at least two teachers will be appointed in the school by April 2021 and he will talk to the Education minister soon.

The MLA later toured the area till the last village of Myanmar border, Old Khaukual village where developmental works and black topping of the road under BADP are going on. Moreover, the village chief of T Khuangkhai village also proposed the MLA to set up a government school as the village has no government school so far but has a school run by Evangelical Baptist Convention Church with 102 students up to the standard of Class VII.