The 23 projects were among the 311 projects inaugurated, during the celebration of four years of the government by Chief Minister N Biren Singh at City Convention on March 15. 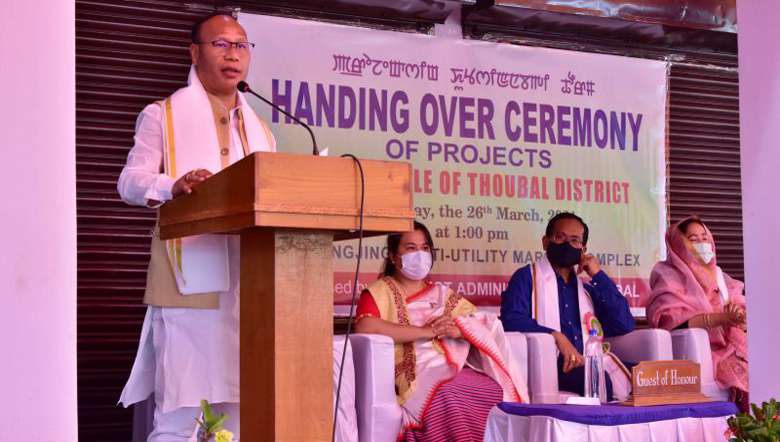 Agriculture, Veterinary and Animal Husbandry, and Tourism Minister Oinam Lukhoi Singh, who is also the in-charge minister of Thoubal district, handed over 23 different projects of various departments in Thoubal District on Friday.

The 23 projects were among the 311 projects inaugurated, during the celebration of four years of the government by Chief Minister N Biren Singh at City Convention on March 15.

Speaking at the occasion as chief guest, minister Lukhoi Singh reiterated that the state government under the leadership of CM N Biren Singh is always committed for the welfare and equal development of all the people of the state.

He further expressed that the projects handed over today stand true to its commitment to always strive for the best for its citizens. So, minister Lukhoi called for people’s cooperation and support for proper maintenance and functioning of all these newly inaugurated projects to sustain in the long run. 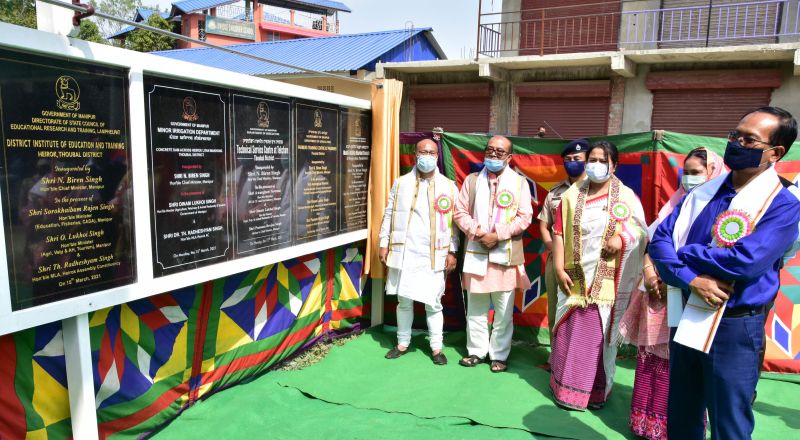 As district in-charge of Thoubal, Lukhoi lauded deputy commissioner Thoubal and all officers and officials concerned for their dedication and initiative for being the 1st district to hand over all the newly inaugurated projects to the public officially.