The Manipur government on November 25, 1982 notified the proposal for setting up the Shirui National Park. However, there is hardly any significant progress towards materialising the proposal pertaining to various reasons including objection from affected villages. 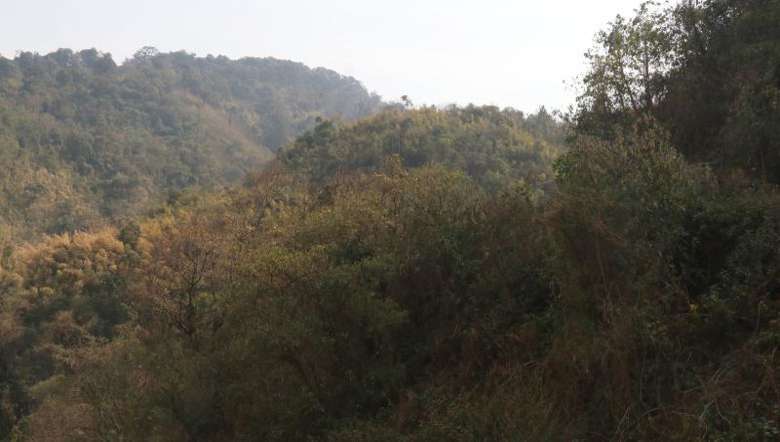 It's been almost 40 years of its proposal and initial notification, yet the Shirui National Park in Ukhrul district is still in conundrum and the proposed national park is not likely to take shape in the near future either.

The state government on November 25, 1982 notified the proposal for setting up the Shirui National Park. However, there is hardly any significant progress towards materialising the proposal pertaining to various reasons including objection from affected villages and the inability of the government to settle the rights of villagers inside the notified protected areas for issuing final notification.

The proposed national park spreads across an area of 100 sq km within which is the Kashong (Shirui) Hills in Shirui village, the home of the endemic ‘Kashong Timrawon’ (Shirui Lily). Besides being the home of state flower Shirui Lily and other flora, other important fauna including the state bird ‘Nongin’, Hornbills, Pangolin, Flying squirrel, Slow loris among others are reported to be found inside the national park.

A team of media persons visited the proposed park recently as a part of the media campaign ‘Know Your Sanctuaries and Wetlands’ organised by the All Manipur Working Journalists’ Union (AMWJU) under the aegis of forest department and directorate of environment and climate change.

During the visit, the range forest officer of the Eastern Wildlife Range, Thangjam Thoiba explained that the national park is divided into a core zone and eco-sensitive zones.

In the core zone, villages like Sihai Khullen, Shirui and Nunghar falls while villages like Khamasom, Choithar are in the eco-sensitive zones.

When asked about the protracted delay in issuing final notification of the park, the RO failed to give clear reasons but instead said that it depends on the higher officials and authority. Nevertheless, he said that major reasons for villagers opposing when it comes to other national parks or sanctuaries is their fear that the government will take control of everything inside the notified areas.

He further expressed concern that continuing delay in issuing final notification will likely worsen things and even the villages that have approved setting up of the park presently might oppose it.

Thoiba maintained that the villagers have been exhorted to grow fruit bearing trees instead of trees with timber value. Fruits can be food for the animals as well as an alternative source of income for the villagers, he added.

In order to check hunting of wild animals, he also said that the government is presently providing alternative livelihood to Sihai Khullen village and others by facilitating rearing of poultry, pigs among others through formation of self help groups. Rearing of mithun is also being discussed recently in a meeting with the chief minister, he said.

The Imphal Free Press also found out that there have been conflicting opinions among villages over the national park, which apparently is a major factor in the protracted delay of issuing final notification.

While villages like Sihai Khullen are happy and have no objection to the park, Shirui is hell-bent on opposing the park.

Chief of Sihai Khullen, Luingam, during the visit told media persons that majority of the land in the notified areas belong to Sihai Khullen even though the Shirui hills itself is at Shirui village.

Meanwhile, headman of Shirui village Wungchangam told the Imphal Free Press that the village is opposing the national park as it will be of no benefit for the villagers.

Instead, the national park will strip people off their livelihood as the villagers have been dependent on the forests from time immemorial. The Shirui village being established in the 16th century is already settled with a population of over 2,000. Regarding conservation and protection of forests and wildlife, even the villagers are taking initiatives in their own capacity from the past, he added.

During the media campaign, some hill slopes being destroyed by wildfire were seen inside the notified areas of the national park, pointing to the lack of attention inside the scheduled area.

Interestingly, a top official of the forest department confided that there is delay in issuing final notification as the determination of existence, nature and extent of rights is still pending in the office of the deputy commissioner, Ukhrul.

The wildlife wing of the forest department has repeatedly requested the DC to take up necessary action for settlement of rights of villagers inside the proposed Shirui National Park. However, there has been no action taken up so far, he contended.

The official also showed multiple letters addressed to the Ukhrul DC sent on March 5, 2013; December 21, 2018 and October 13, 2020 for taking up necessary action over settlement of rights.

As told by him, only five local volunteers are being engaged for fire-fighting, patrolling, illegal hunting and poaching and other illegal trade on wildlife parts and articles.

The Imphal Free Press also called up the present Ukhrul DC to seek clarifications but the calls were not answered.

In such a scenario, the Shirui National Park is likely to retain its proposal status for a much longer period, which may eventually jeopardise the flora and fauna inside the national park.