Law in Motion: Arrest – PR bond and release on bond

When a person so arrested is to be released, he may be released on executing a bond, which may be with or without sureties. 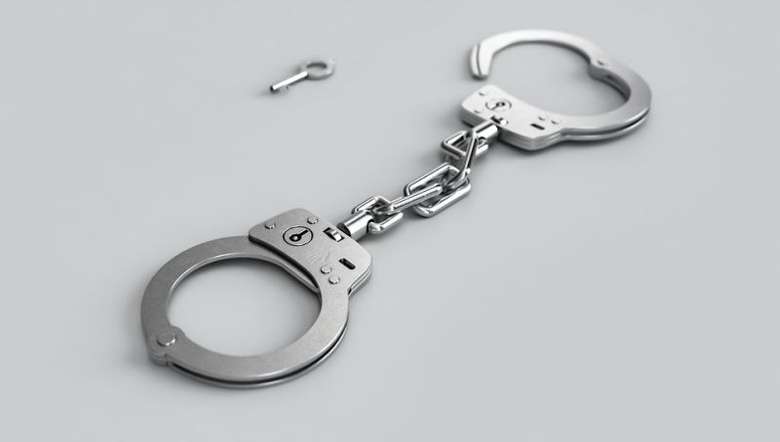 We have briefly dwelt upon the duties of citizens and ‘officers employed in connection with the affairs of a village’ to report to police and their powers of arrest. Having arrested/detained a ‘suspect’ or ‘offender’ they are duty bound to inform the police officers or magistrates as soon as possible. In case a report is made to the police, and the police officer deems legally appropriate – where the offence committed is cognizable or when there is an apprehension of breach of the peace (will come to this a bit later), the police officer proceeds to re-arrest the person, at least technically or formally.

Section 42 Arrest by Police on Refusal to give name and residence:

This is a provision and power to the police having vast significance for prevention of crime and also arrest on suspicion or even non-cooperation with police or refusal to comply with lawful directions/requests by police.

Thus, where a person has committed an offence in the presence of a police officer or is accused of committing a non-cognizable offence (remember, where police can arrest without a warrant), and if the police officer asks him for his identification or residence and the person refuses to do so or gives residential details which the police officer has reasons to believe to be false, the police officer may arrest such a person so as to have the details provided verified.

Needless to say that when such an arrest is effected, the details (of the person, his brief statement and statement of the incident or circumstances under which he was arrested) shall be reflected in the GD and also in other police station records like lock-up register etc., and all due processes followed.

In such cases, the police is obliged to immediately start the process of ascertaining the details and once the details have been ascertained, the person may be released – depending on whether he is involved in any crime or not (usually only for non-cooperation with police or providing false/incorrect/ incomplete/yet-to-be-verified information). Where the details of the person and his residence have been satisfactorily ascertained within 24-hours, the police officer may release him.

If the person is involved in a crime, the police officer may or may not (using his discretionary powers), allow him to be released.

When a person so arrested is to be released, (it would depend upon the seriousness of the case/matter/circumstance of arrest), he may be released on executing a bond, which may be with or without sureties.

The concepts of ‘Bond’ and ‘Sureties’ is complex but can be simplified for an ordinary person and there can be many variations of the following basic practices:

Bond simpliciter – only a written undertaking on a piece of paper;

Bond with monetary implications/promise – That the executioner undertakes to comply with the conditions in the bond and will be liable to pay a penalty if the conditions (usually conditions as to conduct and appearance) are violated;

Bond with Money Forfeiture- That the executioner deposits a certain amount officially with the authorities (police or magistrate under proper receipt) and undertakes to comply with the conditions in the bond which will be liable to be forfeited if the conditions (usually conditions as to conduct and appearance) are violated, without reasonable cause ;

Bond with Sureties– That there are people who would vouch for the conduct of the person being released and who would ensure that the released person would comply with conditions set forth in the release;

Bond without Sureties– No sureties may be required.

If, however, the name and address cannot be ascertained within 24-hours, the police officer has to necessarily forward the arrested person to the nearest magistrate having jurisdiction. Similarly if the person refuses to or cannot execute the bond or sureties, again, he has to be forwarded to the magistrate. The exact nature and condition of the bond or the sureties is again a matter of subjective satisfaction of the police officers and/or the magistrate.

The surety (sureties) have to be residents of India.

This ‘Bond Simpliciter’ is known in common parlance as PR Bond (Personal Recognizance Bond). In Urdu-Hindi it is called ‘niji muchalka’ (niji – personal; muchalka – bond). The term ‘muchalka’ are commonly used in almost all hindi-urdu speaking states right from Jammu and Kashmir to Bihar.

In the PR Bond, the subject who is arrested/detained is released on his ‘personal promise’ of complying with any conditions which the police officer may impose. These conditions may be visiting the police station periodically or even the magistrate/court at a designated time/place.

In a PR Bond, the bail amount is merely mentioned repeat merely mentioned in the Bond. No money is supposed to be deposited, either in cash or as a surety bond or a property as collateral for bail/release.

It is an amount mentioned in the Release Bond as a mild coercive step or a promise. In case the PR Bond condition is violated, the bail may be cancelled and the person is liable to be re-arrested. In case of a re-arrest, the subject may have to post ‘regular bond amount’ to obtain bail again.

Usually, the decision to release a ‘suspect’ depends on the seriousness of the crime/offence and the degree of ‘flight risk’ the subject poses. It is a discretionary power of a police officer – of course subject to supervisory control and directions. However, whether the arrested person is released on PR Bond or not, the arrest procedures have to be complied with – at least a GD Entry at the police station/outpost concerned.

Therefore, a word of caution/advice – for a PR Bond, kindly DO NOT, pay/deposit any money at the police station.

Failure to execute a PR bond or refusal to execute a PR bond (in consonance with a discretion exercised by the Police station/officer) could result in the bail being denied and the subject being forwarded to the magistrate (while still in police custody) having jurisdiction, where he may have to apply for bail afresh. Similarly, if adequate sureties are not provided, the subject has to be forwarded to the nearest magistrate.

Cognizable offences are ones where police officer can arrest without warrant. In all other cases, the magistrates can order arrest with warrants. These warrants may be bailable  or non-bailable. A bailable warrant is one where the police officer or person executing the warrant has to release the arrested persons as per the terms of the warrant) while a non-bailable (where the arrested person has to be produced before the magistrate who issued the warrant).

Thus, obviously, a magistrate has precedence in matters of arrest and bail.

The CrPC provides further (Section 44) that  when any offence is committed in the presence of a Magistrate, whether Executive or Judicial, within his local jurisdiction, he may himself arrest or order any person to arrest the offender, and may thereupon, subject to the provisions herein contained as to bail, commit the offender to custody. The magistrate may at any time arrest or direct the arrest of any person in his presence (physical presence) for whom the magistrate can issue a warrant for arrest.